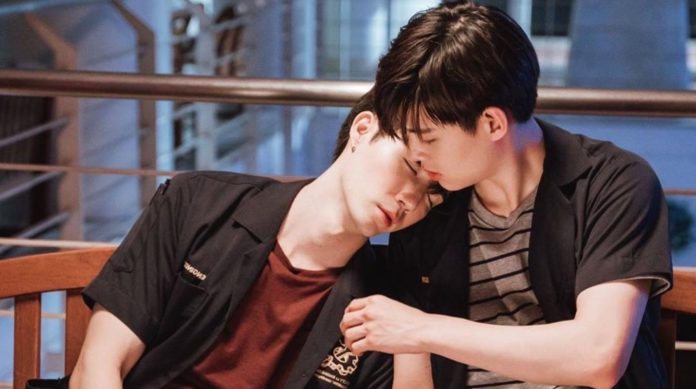 5 LGBT-themed Dramas you should see. Do not miss these stories that come out of the classic relationship.

The BL series have gained popularity in recent years, restrictions on broadcasting systems sometimes complicated the issuance of such stories, however as the openness to diversity issues has grown, so has the dissemination of these Narratives and their popularity.

If you are a fan of this type of drama or are looking for something new to see and that allows you to get out of the usual stories, then do not miss this list with recommendations of the best boy x boy stories.

LOVE BY CHANCE
This is a Thai drama, it is the story of Peit, a very attractive boy who arouses the interest of many girls, however he is gay, so he doesn’t pay attention to any of the girls’ attempts. Due to his preferences, Peit tends to suffer bullying by other colleagues, during one of those attacks Peit is saved by Ae, who from then on will take care of him.

2 MOONS
Wayo has just entered the university, where he meets the boy who had been his crush since long ago, later, Wayo is chosen to represent his faculty, which gives him the title of Luna. Phana, the crush of Wayo, was the Moon of that same faculty the previous year, so this could be a new link that unites them, however, Phana’s best friend has also been chosen Luna from another faculty, Who will support Phana?

Happy ending. Hopefully the 2nd series will be more exciting and will be more romantic @bbasjtr @gxxod #2MOONSTHESERIES #2moonstheseriesendofseason1

REMINDERS
It is the story of three couples who are in different stages of a relationship, however due to misunderstandings their love will be tested. It only has 3 episodes, so you can watch it in one day if you wish.

THARNTYPE: THE SERIES
Type is a boy who, due to a bad experience in his past, has become homophobic, so he gets a big surprise when he moves to his school bedroom and discovers that his roommate is an openly gay boy.

WHAT THE DUCK THE SERIES
After failing the exam that would let him work as a flight attendant, Pop must settle for a position in the catering area. In this way, Pop could stay close to his girlfriend, Mo, and also his dream of getting the position he most desires. However, in his new work he meets a chaotic partner named Oat, who will change his life and his perception of love.

See Also
Bad Bunny talks about his preferences and labels

How to track Android phone by Google

Researchers Have Created a ‘Smart’ Interaction Between Light and Solid

A console that chills beer? This is BL6, the coolest machine

How to unzip a Zip folder on your iPhone

An exoplanet in close proximity to the solar system