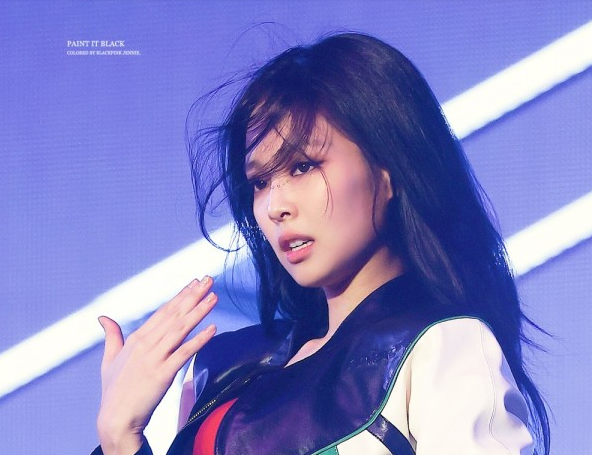 No. 3 is legendary! Over the years, these 5 idol girls have always made the crowd focus on themselves with their presence because of their looks and physique!

On the K-pop scene, these idol girls attract the attention of both women and men, regardless of age, as the embodiment of ideal beauty and body. They are always the audience’s favorites.

Because of their first-class looks, fame, wealth and social circle, these 5 idols also received the nickname “It Girl”. They are recognized not only by K-pop fans, but also by the media and Koreans themselves!

Not only in the K-pop industry, but it’s no exaggeration to say that Bae Suzy is mega-popular all over Korea. Due to her stunning appearance and height of 168 cm, she initially received the nickname “The First Love of the Nation”.

As her popularity skyrocketed, Suzy’s influence spread beyond Korea, even to the point that she was called the queen of advertising, because wherever you look, Suzy’s face on her billboards and in TV commercials will greet you!

YoonA is a member of the “Nation’s Girl Group” SNSD, called “Nation’s Center”, an ambassador, a model and the face of many brands, an award—winning actress, the queen of advertising, etc. – you can’t help but know. who is she!

That’s how popular YoonA is. Everything she does goes viral, especially with her divine appearance and tall stature.

Seolhyun is not just “THIS” girl, she is “THIS IS the girl of the nation”!

Despite the fact that AOA is currently on hiatus, Seolhyun still remains legendary among K-pop fans and Internet users for her flawless legs, amazing body ratio and unearthly beauty, which can often be seen in her dramas and social networks.

When she debuted, she especially shocked the K-pop scene by the fact that her name is always in the headlines, and her face dominates online communities and other social networks.

The general public loves her very much because of her natural beauty and curvy body, thanks to which she has made several deals with brands.

Among the third-generation female idols, there are many who stand out for their beauty, but not everyone has the charm to drive people crazy just by her existence.

Jennie is a born “It Girl” with her dizzying beauty, outstanding physique and fashionable general mood.

Due to her versatility, Jennie is also a favorite of the company’s brands — she has CF in almost all areas — from luxury clothing, makeup, alcoholic beverages, gadgets, perfumes, etc.

She is also an “It Girl” who often presents the trendiest styles in the world of K-pop and fashion, and thanks to her influence, she can sell out everything she touches in a minute!

Representing fourth-generation female idols, IVE’s Jang Wonyoung became an “It Girl” as soon as she debuted in IZ*ONE.

Even at a young age, her proportions and visual effects stand out among contemporary artists, and with her charisma, she can attract the camera, no matter what she does and where she goes.

She is only a beginner, but she has already earned a name for herself as an idol, receiving many love calls from high-end brands and fashion houses.