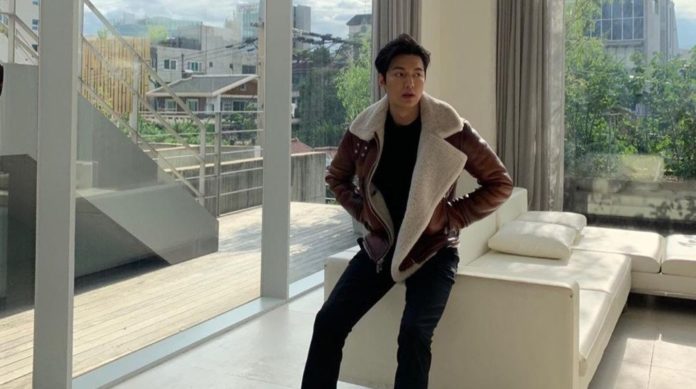 Lee Min Ho is one of the most popular actors of the kdramas, and it is that after his appearance in one of the great classics Boys Over Flowers, the offers to appear in new stories have not stopped. Due to his talent and his fame, the productions in which he participates tend to reach a high popularity, so if you just start in the world of Korean dramas this is a list that will be very useful to keep track of one of the most recognized Korean actors in the world.

CITY HUNTER
It is a series full of action and romance. A group of soldiers is sent to a secret mission, however they are betrayed and the government lets them die in the process. The only survivor returns to Korea and takes the newborn son of his best friend, whom he saw die in front of his eyes. It takes him away from the country with a plan already in mind, he raises and trains him so that together they can take revenge later. Thus, years later, the so-called City Hunter can return to receive revenge for the death of his father, exhibiting corrupt politicians while infiltrating the Blue House. However, as his plan progresses, he begins to question the methods of who raised him, as well as the type of person he really wants to be.

PERSONAL RATE
The architect Jeon Jin Ho, wants to win a contest so that his company is in charge of the design and construction of an important project. He suspects that he will find the best inspiration by accessing a traditional house built by one of Korea’s most important architects, however it will not be so easy. The house is inhabited by Gae In, an enthusiastic and clumsy furniture designer who seeks to obtain the affection and recognition of his father, the owner of the house. Although she needs the money that an extra tenant in her house could contribute, she does not trust any man after being deceived, so Jin Ho begins an adventure pretending to be gay in order to have full access to the property.

THE HEIRS
Kim Tan is a young man who has been exiled to the city of Los Angeles to keep him away from his wealthy family and, although he can use all the resources to be a rebel, he decides to be the opposite of what is expected of him, A responsible and committed student who, although he knows how to have fun, tries not to get into trouble. After his encounter with a Korean girl who seems to need his help, Kim Tan decides to return to Korea and face those who took him away, without suspecting that on his return destiny would take him with Eun Sang, the girl who helped while he was in Los Angeles.

FAITH
Yoo Eun Soo is a doctor who specializes in plastic surgery, after leaving general surgery for not adapting to her comforts and demands, Yoo Eun Soo performs her work in a calm way. Everything changes when one day a man breaks into the medical convention where she is and wearing a warrior uniform from the Goryeo era takes her with him, she thinks that it is a person out of his mind, however, together they cross a portal that would take them to an ancient era, where the warrior Choi Young comes from. Thus, the scary doctor will have to resume her knowledge of general medicine and transport them to an ancient time,becoming the doctor of the Palace.

THE LEGEND OF THE BLUE SEA
In an ancient era, a scholar of the Joseon dynasty saves a mermaid from being killed by a group of kidnappers, returns her to the sea and thinks that she will never know about her again. However, this is a story that they will repeat throughout their multiple lives. Therefore, at the present time the mermaid Sae Wa meets Heo Joon Jae, the reincarnation of those who would have saved her in another life. None have memories of what happened before, so their encounter can be somewhat chaotic but very fun to observe, together they will discover what is the destiny that unites them and what they can do to get rid of it.

Emily Ratajkowski: Resemblance to her mother!