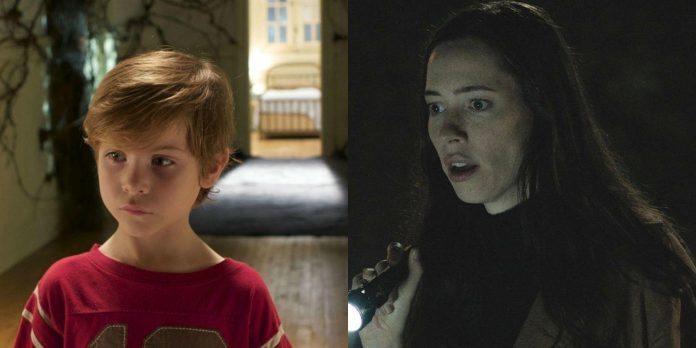 While horror movies are of course full of terrifying scenes and reveals that are hard to stop thinking about, some scary films have some moving moments as well. Whether these movies wrap up with a sad ending or feature a memorable scene where characters realize something impactful, there are countless films that prove that the horror genre can make audiences tear up and feel strong emotions.

From a classic late ’90s flick to a recent adaptation of a popular short story, there are many horror movies that veer into emotional territory.

Malcolm Sees His Wife Again In The Sixth Sense (1999)

The Sixth Sense is still important and Bruce Willis did an incredible job as psychiatrist Malcolm Crowe, who comes to the shocking realization that he’s actually dead while working with a child patient named Cole Sears (Haley Joel Osment).

The Sixth Sense has a satisfying horror movie ending, but a sad one, too, as Malcolm sees his wife Anna (Olivia Williams) again and they have some closure. Anna was always upset that Malcolm worked so much, and he shares that he loves her and that he didn’t mean to make her feel so badly. It’s hard not to cry when watching this beautiful scene. Malcolm has learned so many lessons from connecting with Cole and he’s finally able to work through his feelings about his marriage. Seeing Anna means so much to Malcolm.

Many horror movie characters suffer and little Cody Morgan (Jacob Tremblay) has lost his mother to cancer. He also can’t sleep without having terrible dreams that come to life as The Canker Man comes after him. The movie is as emotional as it is scary, with an awe-inspiring performance from Tremblay as a child who misses his parent and is living a waking nightmare.

Jessie (Kate Bosworth) and Mark Hobson (Thomas Jane) do their best to figure out what’s going on, and at the end of the movie, Jessie realizes the truth: The Canker Man is Cody’s mom. As Jessie helps Cody move on, they become closer and look forward to their future as a family. While some horror movie villains are silly, this one is creepy, and audiences care so much about young Cody.

Matias Finds Out The Circle Has Taken His Girlfriend In Unfriended: Dark Web (2018)

There are many underrated female heroes in Blumhouse movies and Amaya DeSoto (Stephanie Nogueras) is a well-written character in the 2018 film Unfriended: Dark Web. From the very first scene, it’s clear that Matias O’Brien (Colin Woodell) loves Amaya so much, although he’s terrified of losing her… and that’s, unfortunately, exactly what happens.

When Amaya phones Matias later on in the movie, he finds out that The Circle has taken her, and a Charon attacks Amaya. The characters have a great horror movie love story and it’s heartbreaking seeing what happens. Matias is hopeless and helpless and this is the moment in the film when he learns that The Circle is playing with him just for fun.

The Night House takes on loss and grief, and the 2021 movie has many tearjerker moments. Beth (Rebecca Halls) grieves her late husband Owen (Evan Jonigkeit) in every single scene, but at the end, she sits in a boat and realizes that she has to let go and move on.

This is an incredibly emotional moment where the events of the entire story really sink in for Beth. She’s still freaked out by the fact that Owen kidnapped women who looked like her so he could offer them up to an evil spirit for sacrifice, but she understands that he was trying to help and protect her. Beth has been through so much and while she can’t ever have full closure, she does feel a bit stronger after the ordeal that she has been through. It’s so sad to imagine being in this position.

The Grabber Takes Robin In The Black Phone (2022)

The Black Phone has amazing child actors, including Miguel Cazarez Mora, who goes to school with Finney (Mason Thames). Both Finney and his sister Gwen (Madeleine McGraw) are aware that any of their fellow students can be taken by Ethan Hawke’s creepy villain The Grabber at any moment, but it’s still a massive shock when he kidnaps and then murders Robin.

Finney and Gwen feel terribly about losing a beloved classmate, and this moment really brings home the impact that this serial killer has on this Denver community. Watching these siblings, who have already lost their mother and who live with an abusive father, grieve a friend is really upsetting. When Finney gets phone calls from victims later on, he remembers how much he loved Robin and he really misses him.

Lightyear’s Box office Story Got Even Worse This Weekend