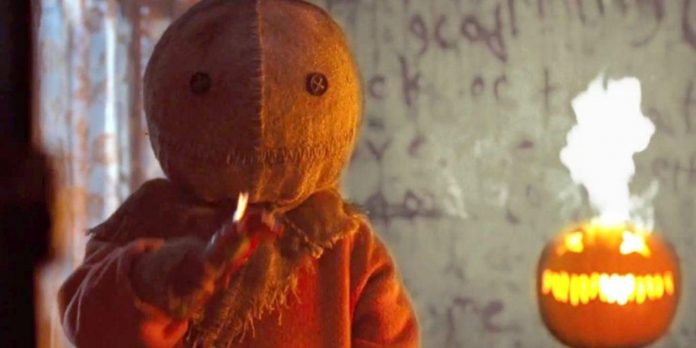 UFC heavyweight champion Francis “Predator” Ngannou is out of action after defeating Cyril Gein in January due to injury. But it looks like he’s on the mend and may be ready to fight again soon.

In an interview with TMZ Sports, Ngannou stated that he is confident that he will return to the octagon no later than the beginning of 2023. But he said he could be ready to fight as early as December.

“If everything goes well, I will be ready by the end of the year, because it will be 9 months (of recovery). So, let’s say at the end of December or the beginning of next year,” Ngannou said.

Ngannou suffered serious knee injuries during the fight with Gane. He has since undergone anterior cruciate ligament reconstruction and MCL repair.

Francis Ngannou has been an almost unstoppable force in the UFC for the better part of seven years. He first joined the promotion in 2015, defeating six opponents in a row before losing a title fight to Stipe Miocic at UFC 220 in 2018.

After losing his second fight to Derrick Lewis in 2018, Ngannou continued a new winning streak, knocking out four opponents in a row in the first round before earning a second fight against Miocic in 2021.

This time Ngannou got the better of Miocic, knocking him out in the second round and winning the UFC heavyweight title. It took 10 months before he fought and defeated Gein in his first title defense.

Will Francis Ngannou return to the dominant force he once was when he returns?Anthology films are extremely common in the horror genre, something about scary stories is well suited for short duration and rapidly changing themes. There is a long and proud history of beloved horror short films that were delivered along with a bunch of other, less memorable works.

Maybe it’s the long—term influence of shows like The Twilight Zone, but horror is the only genre that regularly supports the anthology format. Casual romantic or comedy anthologies usually fade into the background, but some stories presented in horror anthologies stand the test of time. Some of the most beloved directors of this genre have started making short films for less than solid fees.

There is a lot of filler in the two and a half “ABC of Death” films, but there are several diamonds in the raw form. The catch of this 2012 feature film was that 26 filmmakers got a tiny production budget and a random letter of the alphabet. Then everyone was given complete freedom of action regarding their short film with the only requirement that it include some form of death. The collection includes pitch comedy, violent action and abstract music videos along with typical horror movies.

The most popular part of the first collection belongs to Deadgirl director Marcel Sarmiento. The story of this short work is simple: a veteran is forced to engage in hand-to-hand combat with a dangerous dog. This film shines through pure cinematography and framing. Although the events are quite simple, they look incredible, which makes this short film an amazing success.

Timo Tiagianto is one of the most intriguing directors working today. After he delivered the most unpleasant part of the first “ABC of Death” and one of the sharpest parts of V/H/S/2, he released something more with “The Subject”. Tiagianto’s works tend to be terrible and intuitive to the point of genuine horror, but somehow avoid the comic. V/H/S movies require a trick with found footage, and the best of their outlets find unique ways to handle this controversial shooting style.

This film tells the story of a deadly human experiment that rebels against its captors in order to escape from a terrible laboratory. It’s bloody, violent, dynamic and extremely addictive. The short film exploded like an atomic bomb in the middle of the anthology and became attached to its audience more than the rest. Timo is responsible for the largely flawed remake of “Train to Busan,” but his work is much more interesting without restrictions.

Although there are some great moments in Michael Dougherty’s 2007 Halloween classic, the most iconic is the story of scary little Sam. Although the masked guy appears in every segment of the film, in the penultimate episode of the story he finds himself in the spotlight. Named after Samhain, the Gaelic holiday that gives Halloween a special iconography, Sam is a miniature judge, jury and executioner of the laws of the holiday. Whenever someone breaks the rules of Halloween, Sam is always there and watches over their punishment.

In his segment, he visits a grumpy old man, Krieg, who breaks the rules by refusing to hand out treats to his guests. Sam comes to deliver justice, and the reward of finally seeing him in action ties the film together. Sam is a movie icon and one of the most popular new faces in horror movies, and for good reason.

This 1982 anthology is a love letter to the horror comics of the 50s that inspired many other icons of the genre. Favorite zombie movie icon George A. Romero directs all five segments written for the screen by the Master of Horror, Stephen King. Two of the five are adapted from King’s short stories, including this one. “The Box” is a story about a group of university professors who are dealing with a monster living in a box under the stairs in the basement.

The short is a stellar collaboration between Romero, King and special effects legend Tom Savini, and all three are in great shape. “The Box” is a bit outdated, but it’s a good short film about monsters with a deeply dark subtext. Despite many other examples, this is a lesser-known candidate for the best adaptation of King’s work.

When people imagine one perfect entry in a horror anthology movie, they almost always think of David Bruckner’s perfect contribution to the original V/H/S. Bruckner’s 2021 film “Night House,” his excerpt from “Signal,” and his 2017 film “Ritual” are excellent, but “Amateur Night” still remains his main calling card.

Three friends intend to pick up women in a local bar with the intention of illegally filming their meeting on a camera hidden in glasses. Reluctant participant Clint is a POV character when he meets and interacts with a bright young lady Lily who likes him.