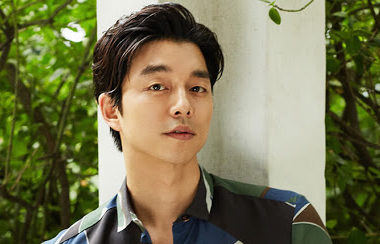 These are the stories that have brought this actor to international fame.

Thanks to his participation in productions that have made history, Goong Yoo has become a leading figure in Korean cinema and television , gaining international fame due to the scope of some of the films he has made.

Although we recently see it more in movies than in TV series, it has been an important part of the increase in the popularity of the Korean television industry worldwide , making it one of the most beloved productions for fans of Korean dramas. .

Keep reading and find out what are the k-dramas in which this actor acts and that you should not miss , although some surely already saw them due to the great recognition they had, you will surely find some surprises.

Coffee prince
Although it is probably the drama where Gong Yoo conquered most of his followers, this drama has become a classic worth watching again. Eun Chan is a girl who due to the circumstances in which she has lived is not very feminine. Due to her appearance, a coffee shop owner thinks Eun Chan is a man and hires him, but then he will start to have feelings for her and start to doubt her sexuality.

Screen
So Hyun is the protagonist of this story, a girl who although she lost her mother at an early age has remained strong thanks to the wonderful relationship she has with her father, a film director and owner of a theater company.

Big
A fun drama that shows Gong Yoo in a slightly childish facet, this because the story is about a very peculiar change of bodies. Seo Yoon Jae is a renowned doctor who changes his body after an accident with a high school student, Kang Gyung Joon. They will be surprised when they discover that Yoon Jae’s fiancée is Gyun Joon’s teacher, who will take care of her fiancé’s body while they can solve the change.

Hello My Teacher
Na Bo Ri was expelled from the institute she was attending as a student, therefore, while growing up, she had the plan to return to that place turned into a teacher and meet with the person with whom she is in love. When he finally graduates, he declines offers from other schools to stick to his plan, but it won’t be as easy as he had hoped.

Goblin
A Goryeo-era general is punished by turning him into an immortal being, who will only disappear from Earth when he finds his beloved girlfriend. After hundreds of years she does, however she is a young student whom she will begin to protect. This is probably Gong Yoo’s most popular drama, ranking as one of the favorite stories due to the beautiful message it conveys about the value of life.