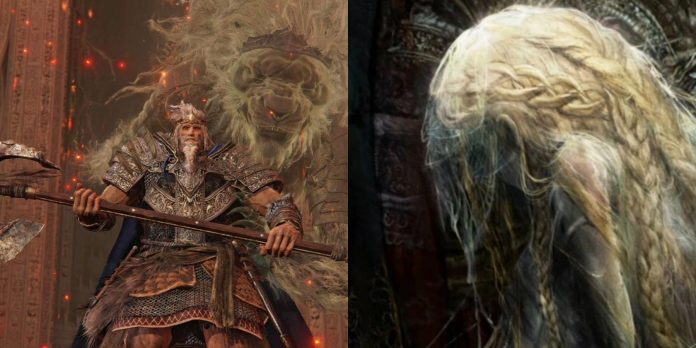 With more and more players beating Elden Ring, fans are anxiously awaiting more content via DLC. New game plus can satisfy players with missed quests and different endings, but Elden Ring holds a lot of opportunities beyond what it already has. There are still many unanswered questions that could be answered through DLC.

RELATED: The Godskin Duo Has Merits That May have Shined in Any Earlier Elden Ring Dungeon

By the end of Elden Ring, Miquella is the one demigod that could remain a threat. Gideon has very telling dialogue, wondering out loud whether the sleeping demigod should be dealt with. However, the game does not let the player deal with Miquella in his coma. Instead, no matter what ending is achieved, Miquella is left alone to sleep.

Miquella has been the source of much fan discussion. All the other demigods are able to be dealt with in some manner, yet Miquella is left alone despite lore hinting that he is incredibly powerful. Fans have theorized a Miquella storyline-centered DLC that may involve going to a dream world or possibly one in which the demigod finally wakes up. Either option would certainly be interesting, and it would provide closure for gamers wondering what Miquella would be like after awakening.

One big mystery in Elden Ring is the three closed colosseums. They are massive and have interesting details surrounding them, from a ghost wishing the doors will open for him to a quest where the Tarnished must beat three others consecutively for a reward. Based on lore, the colosseums have been out of commission for a while.

However, some gamers have datamined their way inside the colosseums to see a lot of detail, some enemies, and even Sites of Grace. This may mean a storyline was planned and scrapped. If so, a DLC could open the colosseum gates. Such DLC could introduce a storyline that has more PVP opportunities or even new bosses to battle.

Unlike Miquella, Godfrey is a boss that is dealt with by the end of the game. However, Godfrey is an interesting character whose story has not been completely told. He was the first Elden Lord and was put into exile, making him also the first Tarnished. Unlike so many other bosses, Godfrey is deeply connected to the lands outside the Land Between.

A good idea for a Godfrey Storyline DLC is to take the Tarnished protagonist outside the Lands Between. Not only could questions be answered about Godfrey and his side of the story, but such a storyline could answer questions about Marika and the Greater Will. Fans talked more about this storyline DLC being possible when a leaker revealed that FromSoftware is working on DLC called “Barbarians of the Badlands.” However, it is quite possible the leak is fake, so fans should not get their hopes up for more Godfrey lore until a proper announcement has been made.

RELATED: Elden Ring Update 1.06 is a Game Changer for PvP and Co-Op Multiplayer

The Gloam-Eyed Queen is one of Elden Ring’s biggest mysteries. Her identity is unknown (though many theorize she is Melina). She is not referenced by characters, but by three items: the Godskin Swaddling Cloth, the Godskin Apostle Set, and the Black Flame Ritual. Despite being infrequently mentioned, the Gloam-Eyed Queen descriptions hint at her being of great importance when she was around.

What is certain about the Gloam-Eyed Queen is that she was Empyrean and lead the Godskins. She also controlled Destined Death before she was defeated by Maliketh. Marika ordered Maliketh to take the Queen’s Rune of Death. Since her defeat, the Queen’s location has been an utter mystery. She wielded Black Flame magic, which was said to be able to kill the demigods until Maliketh took Destined Death from her.

The Storm King was the title of the previous owner of Stormveil Castle, before the Greater Will expanded its influence from the Erdtree. There is even less information about the Storm King than there is about the Gloam-Eyed Queen. Some players have theorized the Storm King was a great hawk, some think he might have been a dragon, and others think he was a humanoid person.

What little is known is that hawks served the Storm King and had storm-related powers. Nepheli hinted that a once powerful and ancient storm raged at Stormveil, likely back when the Storm King ruled. Future DLC could explore this storyline further and answer questions such as whether the Storm King still lives or not. If so, the Storm King could make for a memorable DLC boss.