Home Entertainment 5 film trilogies, where the second film is the best 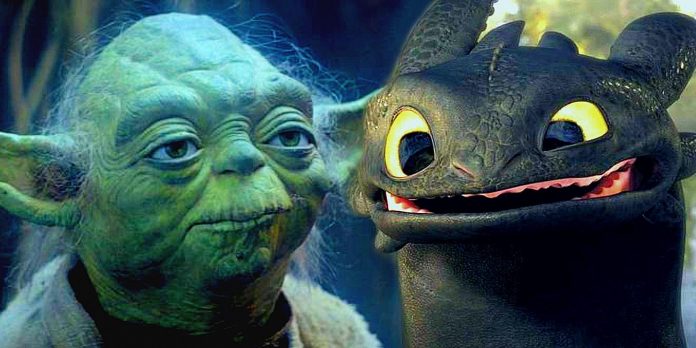 A successful film franchise will use new films based on the characters and storylines introduced during the series’ debut, but that’s much easier said than done. Most of the time, the trilogy continues to steadily decline in the eyes of fans and critics, seemingly never achieving the success of the first film.

However, there will always be exceptions to this rule. In special cases, the series will improve with each new movie. These five film trilogies created sequels that stood out from all the others, relying on their predecessors to create something amazing.

The Original Star Wars Trilogy — The Empire Strikes Back

Not only has Episode 5 become the favorite movie of the original trilogy, “The Empire Strikes Back” has become one of the most infamous Star Wars projects of all time. When the film was first released, fans and critics were not completely convinced of the film’s plot, but over time, Episode 5 has consistently attracted new and old viewers with its more complex storyline.

This film not only introduced the audience to the Jedi master Yoda, one of the most famous existing characters of “Star Wars”, but also contains one of the biggest (and most iconic) plot twists in the history of cinema. Luke Skywalker confronts Darth Vader, flatly refusing to go over to the dark side, only to be shocked by the discovery that Vader is his father.

Even those who have not seen a single Star Wars movie know where the phrase “I am your father” came from. Undoubtedly, “The Empire Strikes Back” claims to be the best film of the original trilogy.

How to Train your Dragon 2

The How to Train a Dragon trilogy is a touching story from Dreamworks Animation Studios about a boy and his dragon who work together to convince people that dragons are not worth being afraid of. The series sends a positive message, encouraging viewers to accept their uniqueness and treat things they don’t understand with kindness.

“How to Train Your Dragon 2” builds well on the original story, leaving the bumbling Viking Hiccup and his adorable best friend, the Dragon Toothless, at the center of the action. The second film sends its characters on a much more emotional journey, but at the same time gives the audience an exciting story parallel to real problems.

In general, the second part of the series is ahead of the first and third films due to its ability to simultaneously touch on several thematic elements. “How to Train Your Dragon 2” has the same level of animation quality as the first film, but at the same time presents more mature themes about grief, conflicts in relationships and relationships with people who prefer violence over compassion when dealing with something they don’t understand.

Over the years, countless versions of Batman have graced both big and small screens, and some have been received better than others. Christopher Nolan’s Batman trilogy is widely known to superhero fans all over the world, although the second part of the series is what fans are talking about.

Heath Ledger immortalized himself as the Joker in The Dark Knight, creating a version of the character that people everywhere still sing praises to. Even now, more than a decade later, viewers are still comparing the new Jokers to the one Ledger revived in the Nolan trilogy.

Given his substantial role in this film, “The Dark Knight” surpasses “Batman: The Beginning” and “The Dark Knight Rises” because of Ledger’s deep dedication to his role as the Joker. His superb acting abilities have made Nolan’s trilogy something that Batman fans will never forget, and Ledger easily outshines any other character in the series.

“Kung Fu Panda 2” also made the list, proving that Dreamworks has figured out the scientific approach to creating exciting sequels. The original “Kung Fu Panda” has some similar thematic elements to “How to Train a Dragon”, and the main character of the film is struggling to fit in with his new peers. Like Hiccup, Poe is cute and a little clumsy, but eventually uses his personality to make the world around him better.

The sequel to the trilogy features new characters with the same charm as the original kung fu team. He explores the concept of finding a family and strongly develops the main character of the series. As with most Dreamworks films, behind all the charming animations and comedic moments that are phenomenally combined in this film, there is an important message.

With so many reboots and the MCU multiverse, there has been a lot of talk about Tobey Maguire and his Spider-Man series of the early 2000s. Regardless of who Spider-Man fans have chosen as their favorite, there’s no denying that Spider-Man 2 retains a certain nostalgic charm.