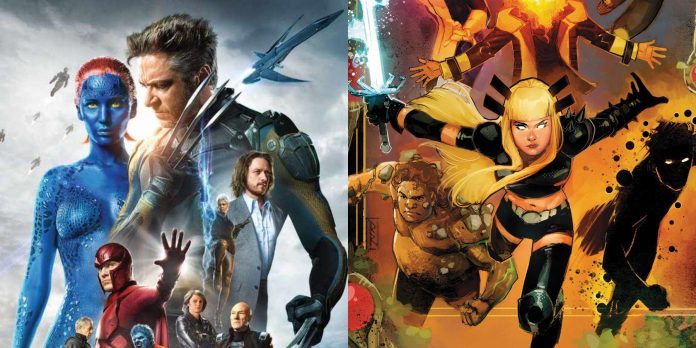 The X-Men may have fallen out of sight in the era of the Marvel cinematic universe, but there was a time not so long ago when they were among Marvel’s most popular characters. In the early 2000s, X-Men films were among the most popular superhero films, second only to Sam Raimi’s Spider-Man trilogy.

But no matter how popular the 20th Century Fox X-Men series was, it wasn’t always the most faithful adaptation. Taking liberties with the source material is inevitable with any adaptation, but these films may have missed too much in places. Here are just a few fun facts about the X-Men comics that viewers will never know just by watching the movies.

Wolverine gets along well with children

Besides Batman, Wolverine is perhaps the most famous lone wolf in comics. He’s a typical tough, gray-haired tough guy who’s seen it all and doesn’t let anyone get too close. But, like many lone wolves in fiction, he never stays alone for long. Take, for example, the beloved Logan of 2017, in which Wolverine’s relationship with his cloned daughter Laura (also known as X-23) serves as the emotional basis of the film. As the popularity of “Mandalorian” shows, viewers like to watch seasoned warriors become reluctant fathers. And, as it turned out, this was something that X-Men screenwriter Chris Claremont knew back in the 1980s.

Logan of the 70s could be expected from an irritable lone wolf who always kept his teammates at a distance, despite his loyalty. But by the 80s, he got close enough to his new family, so he wasn’t afraid to open up to them a little more. Thus, he became a natural defender for younger and less experienced team members. Most notably, Logan became the mentor of the youngest X-Men member Kitty Pryde, also known as Shadowcat, and over time they developed something like a father-daughter relationship.

As Kitty grew older and more capable, this dynamic was repeated with Logan and Jubilee in the 90s, and later again in the 2000s with the creation of Joss Whedon’s Armor in his Amazing X-Men. And, of course, Logan also gets along well with his biological children Laura, Gabby and Daken — of course, Daken wanted him dead a few years before, but fortunately they left this grudge in the past. Despite his reputation as a loner, the X-Men are indeed Logan’s family, and he has a list of surrogate children to prove it.

Colossus’ sister is also a hero

One of the most popular X-Men is Peter Rasputin, aka the Colossus with a steel skin. Despite his small role in the initial screening of the X-Men films, Colossus gained a much more prominent presence in Deadpool and its sequel. However, none of the films to date have touched on one of the most important features of the comic book Colossus — his connection with his sister Illyana, also known as a member of the X-Men Magic.

Magic has already made her film debut in the ill-fated 2020 release “New Mutants”, in which she was played by Anya Taylor-Joy, but throughout the film there is no mention of any relationship between Illyana and Colossus. In the comics, Illyana is initially presented as Peter’s sister, who is not a mutant, and she remains so until “Strange X-Men #160” in 1982, in which she finds herself trapped in the hellish dimension of Limbo. While the X-Men rush to rescue her, a mystical accident leaves Ulyana trapped in Limbo for seven years from her point of view. She spent this time tormenting the demon lord Belasco, whom she eventually kills by mastering both her mutant teleportation power and Limbo’s dark sorcery, which allows her to create a mystical blade called the Soul Sword.

Using her newfound strength, Illyana defeats Belasco and takes his place as ruler of Limbo. When she finally returns to Earth, the X—Men barely recognize her-the innocent girl they once knew has been replaced by a young woman burdened with years of trauma and seduced by the charm of demonic power. Nevertheless, despite her inner turmoil, Colossus always kept his sister on the right path. These days, Magic has literally defeated her inner demons and turned into a brash, battle-hungry leader who is trusted by her teammates, despite her eccentricity.

They were in space

To date, the X-Men films have been strictly terrestrial, and there have been very few space opera adventures in them. After all, there are no mutants in space, so no one expected to see the X-Men communicate with aliens the way the Guardians of the Galaxy do.

Despite this, there is quite a lot of space travel in the X-Men comics, in no small part due to the legendary writer Chris Claremont’s love of science fiction. The original comic “The Saga of the Dark Phoenix” is a large-scale space epic, culminating in a clash between the X-Men and the interstellar Shi’ar Empire. Later storylines even show the X-Men confronting the Brood, a horde of insect invaders clearly inspired by xenomorphs from alien glory.

WWE May Give Cody Rhodes A Monster Boost Leading To The...