Home Celebrity 5 Dramas where Woo Do Hwan shone for his performance and that... 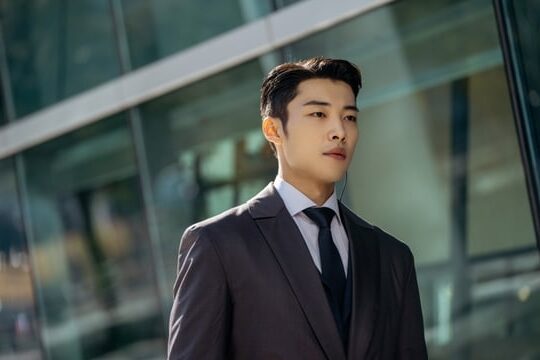 The talented 27-year-old actor has had an outstanding participation with Lee Min Ho and Kim Go Eun in the drama The King: Eternal Monarch , where he plays a double role as Eun Seob and Jo Young, characters of different character who have managed to lead successful way.

Although this story clearly shows the versatility of Woo Do Hwan , this actor has already shown his talent in other productions and, in all of them, he has enchanted the fans, who gradually begin to classify him as one of his favorites.

If you have not followed this actor since its inception, do not worry, we bring you a list with the best stories in which he has participated and that you cannot miss. With which of them will you start to know your career?

Historical dramas , suspense and even youth romance , you will find all that below, so no matter what your favorite genre is when it comes to k-dramas , you will find an ideal alternative for you that will also let you see Woo’s talent Do Hwan throughout its episodes.

MAD DOG
Woo Do Hwan acts as Kim Min Joon, a member of an investigative team who work for insurance companies while trying to get to the bottom of life insurance frauds in South Korea, he is a packed police thriller of action and emotion.

SAVE ME
A suspicious girl asks for help from a dark and mysterious neighborhood, fortunately she is heard by a group of people who will try to help her, but in the course, they will realize that she is caught in a religious cult and they will begin to live experiences full of terror .

THE GREAT SEDUCER
Shi Hyun is an expert in conquest and, together with his two best friends, they live a life full of luxury and family problems. Shi Hyun’s mother died a long time ago, which has led him to have a terrible relationship with his father, who after telling him that he is not really his son, sends him to live away from him. It is then that he meets Tae Hee, a girl who will be a good method of collecting revenge against a person he and his friends hate.

MY COUNTRY
Whoo Do Whan acts as Nam Son Ho in a story that shows the end of the Goryeo era and the beginning of the Joseon era. It is a drama where friendship can become rivalry while each defends his ideas about what is best for his nation.

Sweet Stranger and Me
Although he doesn’t have a starring role, Whoo Do Hwan plays Kim Wan Shik. The story tells the life of Nari, a flight attendant who finds out that her boyfriend has been cheating on her, with a broken heart she leaves to visit the grave of her mother, who died just a year ago, but upon arrival she discovers that her Mom had a life that is unknown to her.

BTS will release a new video game sooner than you think