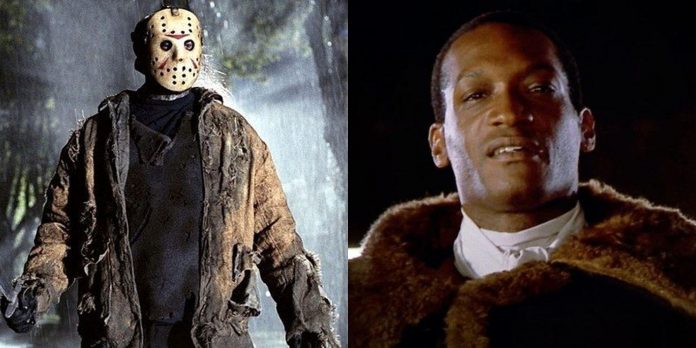 There are some horror movie villains who are so terrifying that fans shudder even just thinking about them. Saw from the Saw franchise is cruel, Leatherface is ruthless in the Texas Chainsaw Massacre movies, and Freddy Krueger terrorizes teenagers in A Nightmare on Elm Street.

While every villain is, of course, by nature a terrible person/creature/monster who kills people, there are some villains from horror films that evoke sympathy from the audience because they appeal to the emotions of the fans. These villains have a sad backstory and the reasons why they become killing machines.

Candyman is an eternal villain from horror movies with an incredibly sad backstory. Daniel Robitaille was the son of a slave and fell in love with a rich white girl. When her father found out what was going on, a lynch mob killed him. The crowd cut off his right arm and smeared him with honey, which eventually led to the bees killing him.

The Candyman, played by Tony Todd, is a villain that fans sympathize with, because the story of how he became a Candyman is one of the most touching in any horror movie.

Popular slasher villain Freddy Krueger can never sympathize, as he has a dark, disturbing backstory of hurting children, and now he’s a monster who haunts teenagers through their dreams. But horror fans have some sympathy for Jason Voorhees with his famous hockey masks.

The villain of the Friday the 13th franchise was born in Crystal Lake with hydrocephalus, which meant his head was bigger than usual. When he visited the Crystal Lake camp, other campers mocked him, which, of course, was terrible. It’s fair to say that while the films change direction as the franchise progresses, Jason’s backstory is at least clearly explained and laid out.

When viewers find out that Adam (David Boreanaz) is actually Jeremy Melton, the boy the main characters bullied when they were younger, it’s an important moment in the trashy and forgotten 2000s horror movie “Valentine.” Although, of course, no one will agree that Adam/Jeremy staged a series of murders to get revenge, viewers can understand that he suffered from bullying.

The film shows a high school dance scene where all Jeremy wanted was to be accepted, and when he asked a group of friends to dance with him, they refused. Dorothy Wheeler (Jessica Capshaw) agrees, and when her buddies see them kissing, she says he attacked her. Jeremy may not be a lackluster horror movie villain because he has the same motives as many others, but it’s definitely easy to feel sorry for him and wish his childhood was happier.

Horror fans will learn the backstory of Billy (Robert Mann) in the 2006 remake of Black Christmas, and it’s an absolutely terrible story. Although the film is not the most convincing or well-made, it explains why Billy becomes a killer.

William/Billy Lenz had liver disease as soon as he was born, and his mother Constance (Karin Konoval) treated Billy terribly, verbally abusing him and hurting him. Constance killed the man she was having an affair with, as well as Billy’s father, and then raped Billy to give birth to his child Agnes (Kristina Krivci). Billy had the hardest childhood and upbringing among the villains of horror films. Although he’s a bit mannered and over-the-top, especially when he returns to pursue the main characters who are sorority sisters, fans can at least sympathize with what he went through when he was younger.

Ben Willis (I know what you did last summer)

Amazon’s “I Know What You Did Last Summer” series didn’t impress fans, but the 1997 movie still offers lousy entertainment. The villain of the film also evokes sympathy because of the sad life he lived before he began his series of murders. The very premise of the film shows that the four main characters committed a crime. Julie James (Jennifer Love Hewitt), Helen Shivers (Sarah Michelle Geller), Ray Bronson (Freddie Prince Jr.) and Barry Cox (Ryan Phillippe) are driving home after graduating from high school and accidentally run over Ben Willis (Muse Watson).

The characters think he’s dead and hide it, swearing not to talk about it. Ben then goes after them, killing many other people in the process. Of course, Ben Willis is definitely a terrible person, and he has committed many crimes. When his daughter Susan Willis died in a car accident, Ben brutally murdered Susan’s fiance David Egan (Jonathan Quint) by sending him a note asking him to meet at the cliff, and then pushing him.