Home Entertainment 5 Characters We Want to see in Tekken 8 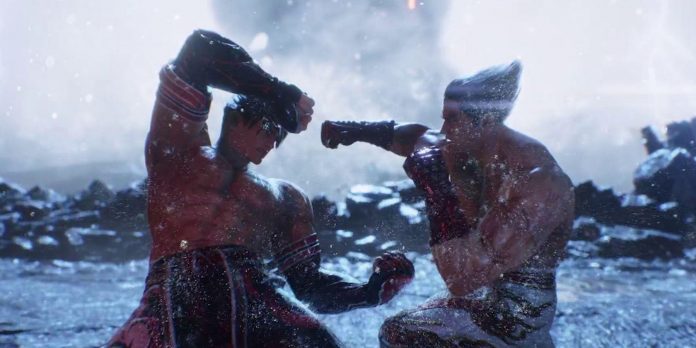 The announcement of Tekken 8 at the recent Sony State of Play event has been awaited for a long time. The seven-year wait between the arcade launch of Tekken 7 and the announcement of the eighth part of the series represents the largest gap between releases in the entire 28-year history of Tekken. This is partly due to the constant updates and fresh content that Bandai Namco developer provides to Tekken 7, thanks to which the game remains relevant for such a long period of time. However, despite the fact that so many fans are still enjoying the latest game, there is no denying that the time seems right for the next installment of the beloved fighting game franchise to appear. In an extensive catalog of fighters spanning three decades, there are several favorites that we would like to see return.

Tekken has accumulated a large list since its inception. Some characters, such as Paul Phoenix and Nina Williams, have always been present, and their participation in the new game seems forgotten. Other characters swapped places, and some appeared only in one or two main games, despite the fact that they are somehow important to the plot. Not all characters are equally popular among fans, but each of them is unique in its own way. In particular, there are five characters that would be great to see in Tekken 8.

Despite the fact that he actually starred in only one main Tekken game, Tekken 2, Jun Kazama is undoubtedly an integral part of the Tekken story. Jun’s relationship with Kazuya Mishima was one of the central moments of Tekken 2, and ultimately she tried but failed to save him from the dark path he was walking. The mother of the protagonist Jin Kazama, June, was supposedly killed by an Ogre before the events of Tekken 3, as a result of which a heartbroken Jin swore revenge, but her body was never found. Her official status is “unknown”, and after a long absence, apart from non-canonical Tekken Tag Tournament games, now is the time to bring her back. A fast, agile and strong fighter, Jun will be a great addition to Tekken 8.

The antagonists in Tekken usually bear the surname Mishima, but Ancient Ogre represents the first exception to this rule as the main villain of Tekken 3. Ogre is a powerful intelligent being capable of crushing opponents with bare fists, as well as using destructive fire attacks. The so-called God of Battles roams the world, seeking to absorb the souls of the most powerful fighters on Earth in order to increase his strength. He is wanted by Heihachi, who wants to use him to create a higher form of life. This plot eventually fails when the Ogre is defeated by Jin Kazama, avenging his mother’s death, at the climax of Tekken 3. Since then, the Ogre has been presumed dead, but a complex universe like Tekken’s will surely find a way to bring him back. assembled for Tekken 8.

Playing Tekken without Heihachi seems unthinkable. The patriarch of the Mishima family, Heihachi, has always been present since his debut in the original Tekken. Despite the fact that he has grown older (and turned gray), his fierce, brutal fighting style has been honed over many years of training, and he remains a formidable opponent for any opponent. Despite having dodged death several times throughout the franchise’s history, Heihachi apparently met his end at the climax of Tekken 7, where he was finally killed at the hands of his son Kazuya. However, it’s Heihachi Mishima, and if anyone can break expectations, it’s definitely him. Absolutely no one will be shocked if he somehow appears, and fans will hope for it – the Tekken game will simply not seem right without him.

Baek Doo-san first appeared back in Tekken 2. A fierce warrior and taekwondo master, Back — teacher and friend of the popular character Hwoarang. After Back was presumed dead at the hands of an Ogre prior to the events of Tekken 3, Hwoarang took his place in the next tournament, and this seemed to signal a shift in emphasis in the series, with Hwoarang becoming a mainstay and Back being relegated to fleeting appearances. . Beck’s last canonical appearance was in Tekken 6, where he again participates, but cannot win, in The King of Iron Fist Tournament. No one has seen him since, and many fans expected him to return to Tekken 7 as a DLC fighter. But that may change with its inclusion in Tekken 8.

This may be a wildcard, but the protagonist of the popular Yakuza series, Kazama Kiryu, seems an obvious fit for the Tekken franchise. Tekken 7 had several licensed guest characters from other IP addresses, ranging from Akuma (Street Fighter), who played a significant role in the story, to Noctis Lucis Calum (Final Fantasy 15), a DLC character who had nothing to do with the canonical plot. history. Kiryu is a martial artist, and his visual style as well as his fighting style fit perfectly into the Tekken universe.