Home Entertainment 5 Burning Questions about Starfield that We Still Have 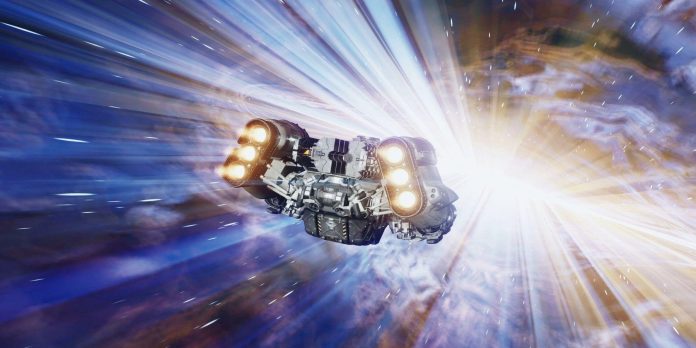 Soon, Bethesda will be taking gamers to outer space with Starfield. The cosmic RPG that has been in production for many years is set in a distant future where humans have colonized the stars. In a segment of the Milky Way known as The Settled Systems, terrible warfare occurred, but the game begins during a time of relative peace. Players, who seemingly join a group of explorers known as Constellation, are free to venture to the heavens, battle with foes, discover alien life forms, and decide which factions they will align themselves with.

After a very long wait, Starfield has been slated for an early 2023 release, though Bethesda has been slowly furnishing gamers with information surrounding the game. Nevertheless, plenty of questions remain, and some of them are quite big ones.

RELATED: Starfield’s NASA-Punk Approach is its Most Unique Quality

Will There Be Intelligent Alien Races?

Starfield trailers have already illustrated that Earthlings will not be the only lifeforms to make an appearance. As players explore the many planets, they will encounter alien species in their natural habitats. However, the aliens shown thus far have been primitive species that appear to be much less intellectually gifted than humans. This has left many gamers wondering whether they will encounter any aliens in Starfield who are cognitive equals or even superiors.

There are some hints that intelligent aliens may show up, as the gameplay trailer which outlined Starfield’s character creator revealed that “Alien DNA” is one of the traits that players can select. This also brings up the chance that it may be possible to play as an alien or at least a human with alien genetics. While it may be nice to cross paths with intelligent aliens, it is worth remembering that they may not be nice, and they may end up being one of the foes that players have to deal with.

How Philosophical Does Starfield get?

At its core, Starfield appears to be a game about space exploration, and as is the case with other Bethesda games such as Skyrim, players will be able to carve out their own adventure and tell their own story. However, the game will feature a narrative, and the director, Todd Howard, has made it clear that it strives to pose lofty questions. According to Howard, the game questions what it means for humankind to live among the stars, and it will explore many ideas, including “what is out there? Are we alone? What are the origins of space and time and all of those things? What role does religion play in some of that as well?”

It is not unexpected that Starfield could concern itself with these philosophical ideas, as they have been continually explored by science fiction for a long time. Though, it remains to be seen just how deeply the game will delve into these topics, whether they will be mentioned in passing by characters, or whether they will be central concerns. While an intellectually aspirational game may be attractive to some, it could also ward off players looking for quick fun that does not twist their brains into a pretzel.

What Happened During the Colony War?

Starfield reveals that though humankind can take to the heavens, warfare still follows. Some of the main factions in the game are Freestar Collective and the United Colonies, who have their capital as New Atlantis. In the early 2300s, there is a terrible war between the two factions, called the Colony War, resulting in much bloodshed and destruction. The game begins after the Colony War, during a period of uneasy peace.

Though it is evident that the Colony War is an important event in Starfield’s lore, not much is known about it yet, including what triggered it. Given the space colonization that is occurring, it is likely a result of territorial disputes between factions, though the possibilities are endless. Much of Starfield will probably be concerned with acquiring a better understanding of the political and military dynamics between the feuding factions.

How Will Starfield Make Its Vast Map Worth Exploring?

One of the most impressive aspects of Starfield is its enormous scope. The game will feature over a hundred systems, with a total of over a thousand planets, and all of them are available to explore. There will be great variation in these planets, including barren snowballs, and special planets capable of supporting life. Some planets will even host settlements, such as Jemison, which has been shown off in a gameplay trailer.

While the prospect of having so many planets to explore is exciting, it also raises the question of how Bethesda is going to make it worthwhile to explore Starfield’s vast map. One also wonders how many planets will be critical to the plot and how many will be mere filler that is better off skipped. Players will have to wait for Starfield’s release to find out.

What is Earth’s Fate?

As exciting as it is to explore the cosmos, it is impossible to not be curious about humankind’s home planet. Not much has been said about Earth, and it has not yet been revealed whether it will be one of the planets that can be explored. Some gamers have speculated that Earth will play a role in the game, as the Sol solar system can be seen in the gameplay trailer shown at the Xbox and Bethesda Games Showcase. However, the fate of the pale blue dot remains a mystery.

Much of Starfield remains shrouded in mystery. Fortunately, Bethesda continues to keep eager fans updated through the Into the Starfield series on YouTube which tracks the game’s development. There is a lot of anticipation for the game, as it is the studio’s first IP in over two decades. However, what has been revealed suggests that a very ambitious project awaits.