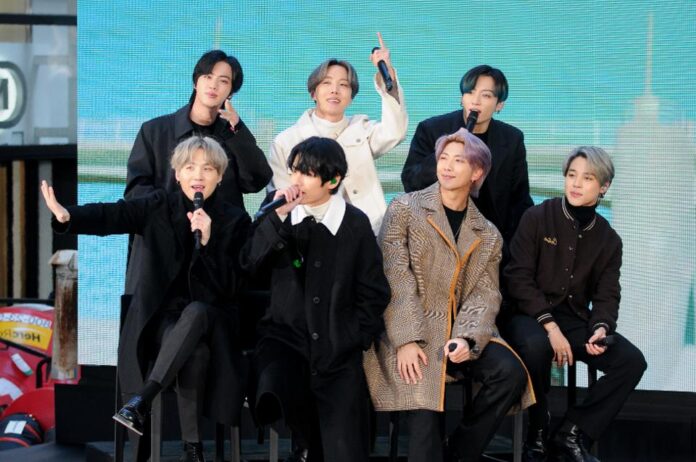 Big Hit Entertainment’s group has been wrapped in different theories and secrets.

The boys of BTS have an impressive fame , over the years they have positioned themselves as one of the most famous K-pop groups for their music and the emotions they express in each of their songs .

Bangtan’s career began on June 13, 2013 with the promotional song ‘No More Dream’ , from their first record material called ‘ 2 Cool 4 Skool’, since their first presentation they drew much attention for the energy they gave off over stage.

Throughout time and being great celebrities, Jimin, Jin, RM Suga, J-Hope, V and Jungkook have been victims of some rumors, theories and stories invented by some people, they have also had a series of horrible experiences .

Today we show you 5 dark secrets and rumors in which the members of BTS were involved:

The secret of Let Me Know
A netizen assures that the ballad hides a dark secret , a girl said that one night she had nothing to do and she got ready to play a bit with the melodies of BTS , when the sound change of the track entered , she commented that she feels very scared , since in his words “it seemed an invocation”.

The mysterious piano
Once the boys were invited to a variety program where they told what happened to a piano that was in the training room, they mentioned that they had left some items on the instrument that the next day were lying on the floor, at the Reviewing the recordings of the place, no one could be seen who could be responsible for the incident.

BTS Illuminati?
There is a theory of conspiracy which states that members of BTS belong to the Illuminati , according to some people is an elite that controls the economy, politics and society of the world.

Many people claim that idols owe their popularity to this sect , its music and symbolism would give several clues that BTS is part of the group of artists ‘ MK Ultra’.

Jin’s girlfriend
Korean comedian and presenter Lee Gukjoo once commented on a show that she had had a very handsome boyfriend, her partner, the host Jo Seho replied that it was her ex who was an idol , netizens began to accuse Jin of being the ex – boyfriend of the MC.

Days later, Lee Gukjoo clarified the situation and said that Jin was not his ex-boyfriend, that they have only been very good friends for years and that he did not know why people had created those false rumors.

The BTS Clones
A theory that circulated online says that the members of BTS were cloned , but the idols have different characteristics from the original ones, for example, height, hands and their way of expressing themselves.