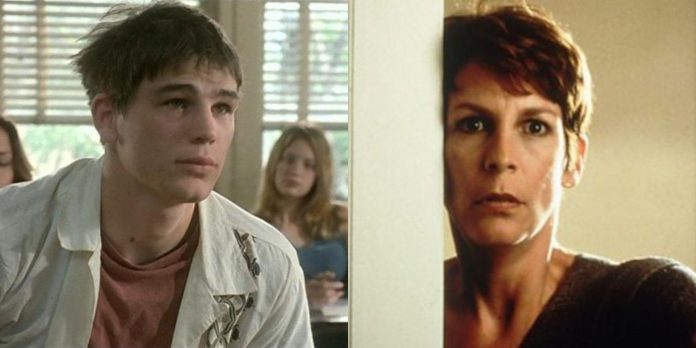 Dialogue really makes or breaks a horror movie. While the setting and characters are often the focus, as viewers need these elements to be scary and creepy, the script of the movie is really the deciding factor in whether fans want to turn it off or keep watching.

There are many ’90s horror films that need more appreciation, and some of them have dialogues that stand out, regardless of whether these quotes are unnerving, frightening or, in some cases, they add a little humor to a tense and dramatic story.

Nicole Walker is Cynical in Fear (1996)
“Everyone says one thing and does another.”

Some horror films of the 90s do not stand up to criticism, but “Fear” is both a thriller on a serious topic and a story with a rather mannered tone, which makes it worth watching today. David McCall (Mark Wahlberg) and Nicole Walker (Reese Witherspoon) meet and immediately fall in love with each other, but the relationship turns out to be terrible, toxic, as David is prone to violence.

While Nicole lived an ordinary life and seemed happy, she felt different from others and did not fit them, which is why she was so attracted to the mysterious and rebellious David. Nicole’s quote describes what many teenagers and even adults feel: it’s hard to trust people because not everyone can be trusted.

Sarah Zolteyn jokes in the movie “I’ve been waiting for you” (1998)
“Garlic for vampires! Just ask Buffy! Is no one watching TV at this school?”

“I’ve Been Waiting for You” is an underrated teen horror film in which Sarah Chalke plays the main character Sarah Zoltein, a unique and original girl who moves to the small town of Pine Crest. Sarah definitely doesn’t fit in and doesn’t see eye to eye with her classmates who care about being beautiful and popular.

While there is no unpredictable plot twist in the film, since it is clear from the very beginning that everyone is right that Sarah is a witch, Sarah’s joke about Buffy the vampire Slayer is funny and just right for this moment. Sarah is wittier and smarter than the people in her new city, and it’s easy for her to sympathize and root for her.

Stokely “Stokes” Mitchell in shock at the faculty (1998)
“I always thought the only alien in this school was me.”

Clea Duvall’s character says this hilarious quote from Kevin Williamson’s underrated film “Faculty.” The theme of the film is that the main characters are considered losers who do not have a good school experience. When they find out that their teachers are aliens, Stokes can’t help but share that she has always felt strange and different from other people, and now she understands that teachers are the ones who don’t suit them.

Julie James sees Ben Willis in the movie “I Still Know What You Did Last Summer” (1998).
“My God, you sick freak!”

Although “I Still Know What You Did Last Summer” is a banal horror sequel, it can be considered underrated because it has funny moments, some sincere fears, a strong friendship between Julie James (Jennifer Love Hewitt) and Carla Wilson (Brandy) and a fantastically creepy atmosphere.

Although Julie thinks she’s going to have a fun vacation with her friends, she quickly learns that a killer is on the loose, and it’s most likely connected to a fisherman who thought she accidentally killed a few years ago. When Julie runs into Ben Willis (Muse Watson) again, she tells him what she thinks of him. Julie’s quote is so bold and honest that it’s definitely funny.

A reference to the classic quote from the movie “Halloween H20: 20 years later” (1998)
Norma Watson: “I didn’t mean to make you jump. It’s Halloween. I think everyone is entitled to one good fear.” Laurie Strode: “I got my share.”

“Halloween H20” is a better movie than horror fans think, it follows the life of Laurie Strode (Jamie Lee Curtis), working at Hillcrest Academy and raising her son (Josh Hartnett). In one hilarious scene, Laurie talks to Norma Watson (Janet Lee, mother of Jamie Lee Curtis), the school secretary. Norma refers to a famous quote that Sheriff Brackett (Charles Cyphers) utters in the original 1978 Halloween: “Everyone is entitled to one good fear.”

Lori proves why she’s the latest girl when she says she’s had too many fears in one lifetime, so she doesn’t care what to celebrate on October 31. Anyone who was in Laurie’s place would definitely agree, since ghost costumes, masks and fake blood don’t really interest her after years of running away from Michael Myers.

Snowdrop: The Poster Theory That Would Reveal The End Of The...