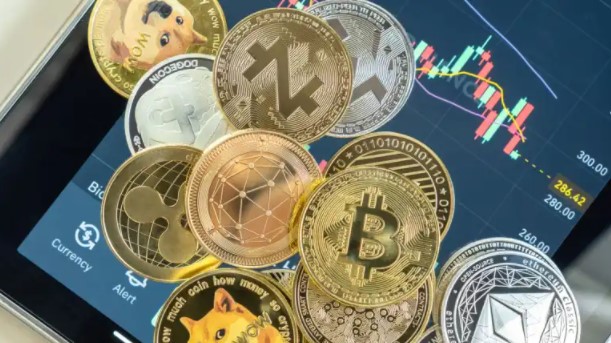 Bitcoin rose slightly more than 4 percent on Wednesday, while Ethereum (ETH) and Dogecoin (DOGE), and Shiba Inu (SHIB); The global cryptocurrency market cap gained momentum as it rose 3.9 percent to $1.86 trillion. For SHIB, DOGE, BTC and other cryptocurrencies, eyes continue to be on the US Federal Reserve (FED). So what will happen now?

US Treasuries hit two-and-a-half-year highs on Tuesday ahead of a possible Fed rate hike. Indicative 10-year returns reached 2,169 percent, a level not seen since June 2019, according to the Reuters report. Senior market analyst Edward Moya said that the Bitcoin ceiling is at $45,000 and this could be tested if the US central bank takes a “more gradual approach with tightening.” In addition, the analyst used the following statements:

How will Bitcoin, SHIB and DOGE be affected by the FED decision? 3 analysts explained

Meanwhile, cryptocurrency trader Michaël van de Poppe tweeted that Bitcoin has “tons of liquidity” below its current price. A positive development for cryptocurrencies this week includes Bitcoin avoiding a “ban” by the European Parliament, as we reported on Somanews, and Binance getting regulatory approval to operate in Bahrain. This represents the first of such endorsements for Binance in the Middle East.

“These regulatory developments from the Middle East and the EU demonstrate the support crypto has received worldwide as the industry has proven to be an unstoppable force against mainstream adoption in the long run,” said Marcus Sotiriou, analyst at UK-based digital asset broker GlobalBlock. Justin Bennett, a cryptocurrency trader, said that Ethereum is poised to rise. “We need markets to stay constructive following Wednesday’s meeting,” Bennett said on Twitter.

Bloomberg Intelligence senior commodity strategist Mike McGlone pointed to Bitcoin’s growing strength against the tech-heavy Nasdaq index. The largest cryptocurrency has dropped roughly 15 percent since the start of the year, while the Nasdaq has dropped 20 percent. McGlone believes it bodes well for Bitcoin as stock market investors prepare for another bear market. The analyst says financial markets are currently in a risk-free environment due to the Federal Reserve’s plan to tighten monetary policy.

The Fed is expected to raise the benchmark short-term interest rate for the first time since 2018. The highly anticipated decision will be announced today after the Federal Open Market Committee (FOMC) meeting. McGlone argues that the Fed’s tapering is not good in the short term. He predicts that Bitcoin could potentially drop to the $30,000 support level before continuing higher. The largest cryptocurrency is currently trading at $40,432. McGlone recently said that the Bitcoin price is still on its way to reach $100,000.