Home Crypto 5 Altcoins with 1000 Percent Potential! They Could Be The Star Of... 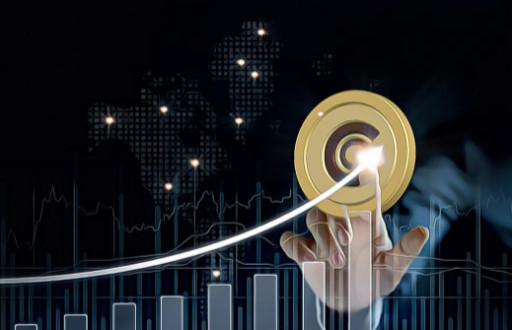 One of the benefits of volatile market conditions is the ability to add projects with high potential to your cart at a much lower cost. It also offers you short-term sales opportunities. The high volatility gives you the idea of ​​not falling in love with any project. Because if you constantly invest in a few projects and avoid profit sales, you are likely to make a loss.

Long-Term Altcoin Investing and Getting Rich

I’m browsing the screenshots I took in 2017. A significant part of the altcoins that were said to be popular and high-potential that day have disappeared. If I didn’t sell profits on these, I would have lost most of my money even though I waited 3-4 years. It is necessary to look at the projects shared by popular analysts from this window. A few years hodl doesn’t always make you rich.

Altcoin Buzz is a heavily followed channel on social media and shared 5 high-potential altcoins to its followers. They think these can offer serious earning opportunities in March. Or they may just share some of it as hidden advertising. Just in case, we reiterate our warning and recommend that you do not make an investment decision without doing very detailed research.

Let’s take a look at the projects shared by Altcoin Buzz, which are said to have high earning potential, in order. The opinions here are Altcoin Buzz, analysts’ comments, so you should be cautious.

The first altcoin mentioned on the list is Efinity (EFI). Powered by the deflationary EFI Token, the network identifies itself with the following features.

Simple to use for games, companies and creators. (NFT vs.)

EFI ranks 472nd by market cap. Its price is down at $0.35 and the rest of the market. March will be a busy month for them, their mainnet will be included in Polkadot parachain.

Cosmos stands out as a project that solves some of the “hardest problems” facing the blockchain industry. By offering an ecosystem of connected blockchains, it aims to offer an antidote to “slow, expensive, scalable and environmentally harmful” proof-of-work protocols such as those used by Bitcoin.

Cosmos bridges various blockchains and is referred to as the internet of blockchains. So Cosmos is a layer 1 protocol with PoS, a proof-of-stake consensus mechanism. In addition to adding liquidity to users, they earn double rewards, they also help secure the network. Liquidity in the network will increase especially for smaller regions, which is thought to be reflected very nicely on ATOM’s price performance.

Evmos is a decentralized blockchain proof of stake in the Cosmos ecosystem. It is based on the Ethereum Virtual Machine (EVM), meaning it is fully compatible with the Ethereum network.

This is a proof of stake blockchain. Evmos is compatible with Ethereum’s EVM and is considered a copy of Ethereum built and working on Cosmos. This makes Evmos the entry point for exploring the Cosmos ecosystem from Ethereum. On March 2, Evmos launched its mainnet.

Elrond is a blockchain protocol that aims to offer extremely fast transaction speeds using sharding. The project describes itself as a technology ecosystem for the new internet that includes fintech, decentralized finance and the Internet of Things. The smart contract execution platform is reportedly capable of 15,000 transactions per second, six seconds of delay, and a transaction cost of $0.001.

So it looks fast, cheap and hassle-free for now.

The last project on the list is THORChain. THORChain is a decentralized liquidity protocol that allows users to easily exchange crypto assets between various networks without losing full custody of their assets in the process.

The mainnet will begin with a hard fork, leaving the existing blockchain behind. Despite the global turmoil and hazy weather, RUNE has experienced a serious increase in the last two weeks.

3 Experts Pick It: This Altcoin Could Be The Leader!