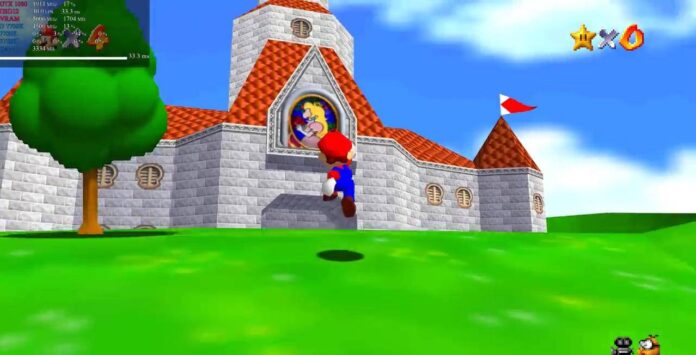 The 4K version of the Super Mario 64 classic with DirectX 12 support was created for PC players. Moreover, the new fan-made version eliminates the need to play with the emulator on the PC.

Mod makers had been carrying the Super Mario 64, a Nintendo 64 classic for years, to the PC with the help of the emulator and constantly changing it. Now the PC version of Super Mario 64 with DirectX 12 and native 4K support has been released.

A YouTube channel called Unreal has released a 12-minute gameplay of the improved version that has been moved to the PC. The game is similar to the Super Mario 64 in our memories, but it’s not exactly the same as the Nintendo 64 version. This version of the game does not require an emulator and offers controller support that allows you to move the camera with analog sticks.

Super Mario 64 can now be played on PC without the need for an emulator
Unlike other fan-made games based on the Nintendo classic, this version of Super Mario 64 has not been announced before. Actually, this is the right strategy because Nintendo can detect links and unpublish after spotting the game. A sudden exit gives fans time to download the game. For this reason, the links of the game are not explicitly shared on the forums.

Nintendo plans to re-release most of the Super Mario classics for Switch this year, including Super Mario 64 (1997), Super Mario Sunshine (2002) and Super Mario Galaxy (2007). The console giant will also release the Deluxe version of the Wii U game Super Mario 3D World (2013), which will bring new levels.

While the plans are like this, Nintendo doesn’t want an illegal opponent in the face. The new PC version is estimated to be the result of a Super Mario 64 source code leaked last year.