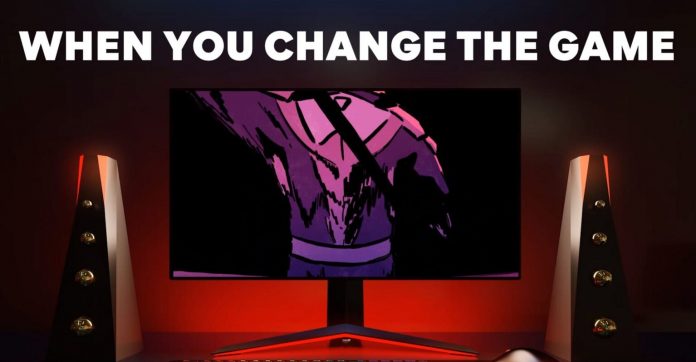 With the development of the game industry over the years, the number of equipment specially produced for players has also increased. Gaming equipment, gaming computers and gaming monitors are among the popular products of recent years. As computer hardware got stronger, resolutions on gaming monitors began to increase. Manufacturers that exceed the 60 Hz threshold in 4K resolution are in great competition. Finally, LG revealed the 27GP950 model monitor that it will introduce at the CES 2021 event. So how are the LG 27GP950 features?

Produced for gamers, the monitor can be used for professional purposes thanks to its features.

The LG 27GP950, with a 27-inch screen with a resolution of 3840 × 2160, is specified as a renewed version of the 27GN950-B. The monitor that comes with HDMI 2.1 can reach 160 Hz refresh rate with overclocking. While 4K gaming became popular with the RTX 30 and RX 6000 series graphics cards, monitors with high refresh rate at this resolution also gained importance. The monitor with 1 ms GtG (gray to gray response time) response time also has VRR (variable refresh rate) support.

It is unknown whether there is Free-Sync or G-Sync support as the monitor has not been officially introduced yet. However, a monitor in this price band is sure to have both Sync support. LG 27GP950 also draws attention with its panel features. Vesa DisplayHDR 600 supported Nano IPS panel is expected to have 10-bit (8-bit + FRC) color support. Offering 450 nits of brightness, the LG 27GP950 has a 1000: 1 contrast ratio.

The monitor, which is expected to have 98 percent DCI-P3 color gamut support, is available for both gaming and professional work. LG’s use of Nano IPS panels in its high-end monitors allows for more realistic colors in games.

There is no information about the monitor’s price yet.

Cyberpunk 2077: How to get all Johnny Silverhand items