Home Crypto 4 giants have announced their gold price forecasts: here are the expectations! 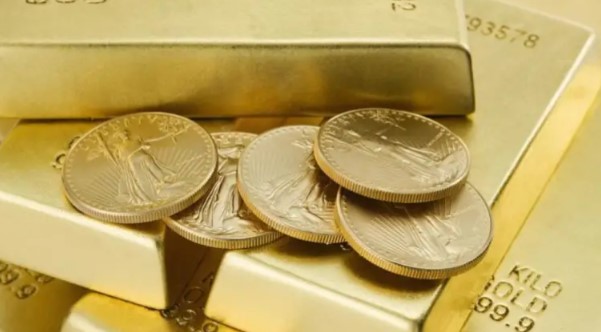 Gold fell to $1,940 as rising bond yields put pressure on the yellow metal. Nevertheless, the precious metal remains extremely resilient in the face of the hawkish rhetoric of the Federal Reserve System. We have collected forecasts of strategists and analysts on gold for our readers.

Stating that data on geopolitical risk and inflation are the two main driving forces of the gold market at the moment, ANZ Bank strategists expect that the shiny metal will continue to be supported in the current market conditions. Strategists give the following assessment:

The recent correction in stock markets reflects concerns about a slowdown in economic growth, which contributes to the movement of funds from capital to real assets. The increase in the yield of 10-year US bonds has led to an inversion of the yield curve, but the increased risk still favors gold.

According to strategists, an aggressive 75 basis point increase in the Fed’s rate could become a short-term price damper, while higher inflation due to supply shocks could mitigate the negative impact. Strategists distinguish the following:

The expectation of new sanctions against Russia fuels inflationary expectations, increasing the risk of stagflation. A stronger US dollar is not a headwind for gold, as the duo has usually abandoned their normal reverse relationship during the crisis.

Commerzbank: the price of gold is still quite high

Rising bond yields and real interest rates make gold less attractive as an alternative object for investment. However, Commerzbank strategists say that although the influx of ETFs continues, investors stick to gold, so the decline cannot be exaggerated. The strategists ‘ assessment is as follows:

The decline in gold prices is probably due to the continued growth in bond yields. Meanwhile, the yield on ten-year US Treasury bonds rose just below 3%, the highest level since December 2018. As a result, real interest rates also rose and reached zero.

Stating that rising bond yields and real interest rates make gold less attractive as an alternative investment because it does not bring interest, strategists make the following comment:

So far, the price of gold is showing good results, despite expectations of rising yields and interest rates. The demand for gold as a safe haven and a means of saving in the face of high inflation has been and remains stable during the war in Ukraine. This is also reflected in the ongoing (significant) influx of ETFs. As long as this group of investors holds on to gold, we cannot exaggerate the decline.

TD Securities: negotiations with the Fed may remain in the spotlight

As Somanews noted, gold remains extremely resilient in the face of the hawkish rhetoric of the Federal Reserve System. TD Securities strategists expect that the yellow metal will remain in demand as a safe haven asset. Strategists make the following statement:

The Fed’s speech may remain in the spotlight in the near term, as the interest rate market has recently proved sensitive to hawkish signals. But safe harbor flows continue to achieve an impressive balance.

Officially announced: Dogecoin and Bitcoin are jumping along with the news!