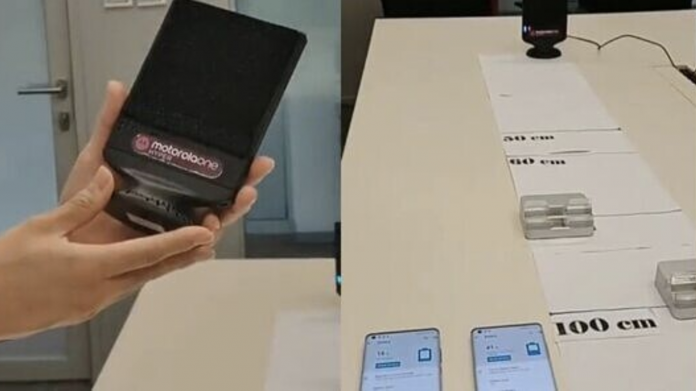 Competing with various models in the smartphone market, Motorola has recently made its voice in the field of wireless charging.

Competing with its various models in the smartphone market, Motorola has recently succeeded in making its voice heard in the field of wireless charging. A few months ago, Xiaomi introduced its technology to charge phones from a distance, while Motorola joined the caravan without slowing down.

While the company previously showed the air charging technology with pictures and some videos, today it also announced other details of this technology.

Motorola showed off its new technology, also known as Space Charge, again on Weibo today. Earlier, the company mentioned that the new charging stand will only be able to charge several phones while within a one meter radius.

However, the US manufacturer seems to have developed this technology a little more. According to Motorola’s new statements, the distance of the updated wireless charging stand has now been increased up to 3 meters. In addition, the company added that four devices can be charged at the same time.

Although the US manufacturer has not disclosed the speed of the new charging solution, reliable sources Digital Chat Station stated that it has a maximum speed of 5W. While today we see wireless fast charges reach up to 50W, it wouldn’t be right to say that a 5W device will have too much impact on large batteries.

However, with air charging, which is a new technology, you can charge your phones all day long, albeit slowly. You can also charge your other Bluetooth products with this charger if it supports it.

Watch the trailer for Clarice: Silence of the Lambs