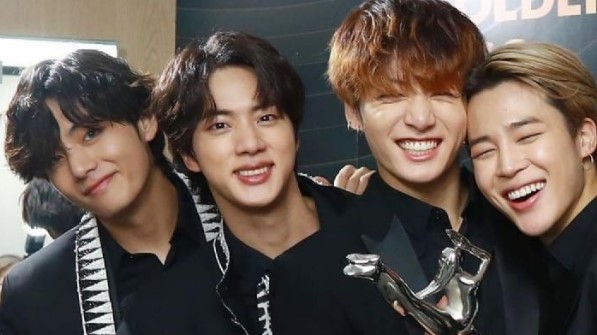 Last night the collaboration between the vocaline of BTS, Snoop Dogg and Benny Blanco called ‘Bad Decisions’ was released. A long-awaited project in the music industry since the news leaked several months ago. But especially for ARMY, this collaboration has a special flavor, and these 4 phrases drove the fandom crazy and do not stop circulating on social networks.

At the beginning there were high expectations for a song full of rap and hip hop, very much in the style of Snoop Dogg and the beginnings of BTS. However, in recent days it was revealed that only Bangtan’s vocal line would participate, which made the collaboration more interesting.

It was thanks to Benny Blanco that the wait was fun for everyone since he published several teases that made the entire ARMY laugh and even put the song on a USB and threw it somewhere in the United States. Hours before the premiere of ‘Bad Decisions’ he gave the location and lived with several ARMY.

As we mentioned before, Jin, Jimin, V and Jungkook took on the task of harmonizing the song where Snoop Dogg also had a brief participation. The song narrates how it is that a person does not stop thinking about another in a sentimental way and seeks to tell him at all costs what he feels.