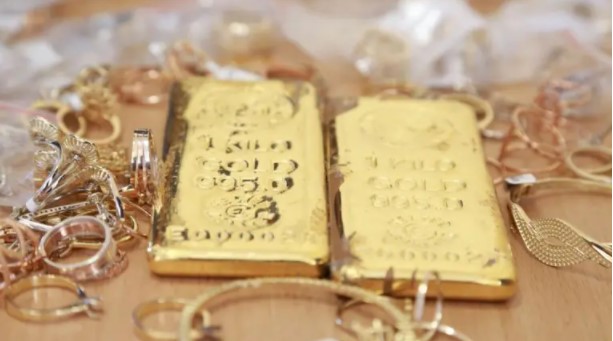 Gold prices posted their sharpest weekly gain in nine months on Friday. So, will the rise continue? What levels are next?

What levels do analysts expect for gold prices?

Colin Cieszynski, chief market strategist at SIA Wealth, said the precious metal had a great week overall, which stands out as a “capital haven and store of value” amid escalating political tensions between Russia and Ukraine in Eastern Europe. Earlier on Friday, the most active contract touched its highest ever intraday level at around $1,905 an ounce this year before pulling back. It is claimed that the Donetsk and Luhansk regions in eastern Ukraine were bombed along the front line, and the conflict between Russia and Ukraine intensified on Friday.

“Panic headlines are promoting speculative betting on Comex options, but the underlying investment turns negative as physical traders take profits,” said Adrian Ash, director of research at BullionVault. “Gold prices could likely pull back if NATO-Russia tensions ease, but “the underlying drivers seem determined to remain,” he added. Asian consumer demand continues to recover from COVID measures, and central banks continue to hoard gold, according to the analyst.

Precious metals investors are also watching monetary policy developments closely, and the Fed is expected to raise interest rates to combat high inflation. Peter Spina, president and CEO of GoldSeek.com, said: “While fears of war dominate the agenda, I believe rising inflation remains the main driver behind this rally. If the trend continues upwards, the gold price may continue to climb rapidly to the next technical price target of $1,920.”

Jason Teed, associate portfolio manager at Gold Bullion Fund QGLDX, said: “In the coming weeks, gold is likely to continue to benefit from the upside pressure from higher inflationary pressures, but any geopolitical premium will be harder to predict. A price exceeding $2000 would not be an unreasonable expectation in the coming months,” he said.

SEC Chairman Warns: We Will Not Let Go of This Altcoin!