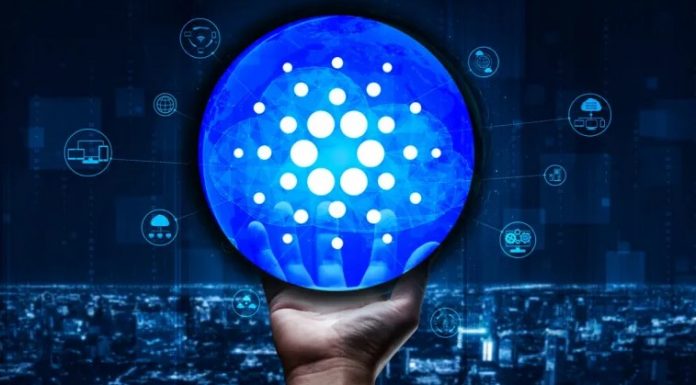 Avalanche has focused on building metadata storage from DeFi and Cardano is now ready to host smart contract applications. In addition, Cardano plans to take over a large part of the DeFi ecosystem. On Avalanche, Github has increased their work by more than 700% over last year. Now, we take a look at the predictions of 4 Twitter analysts for ADA and AVAX. Let’s start with Avalanche’s NFT ecosystem Kalao investment…

Partnerships and upgrades in Avalanche and Cardano trigger price increase

The Avalanche Foundation has made a strategic investment in the NFT ecosystem Kalao to leverage its market and strengthen its metaverse experience. Kalao combines NFT with virtual reality technologies and applies it to real-world use cases.

Build the future of digital and virtual worlds with @GetKalao, coming soon to #Avalanche. Explore NFTs throughout the Avalanche ecosystem, while building new VR experiences with the Kalao Gallery. https://t.co/cp9ATFSvsm

The NFT trend, which we quoted, can be considered relatively new in the crypto money ecosystem and Avalanche is starting a new trend with Kalao. Avalanche Blockchain’s native token, AVAX, has gained around 58% since last week. It was followed by Tezos (XTZ) and Cardano ( ADA )while offering the highest risk-adjusted return in the last 40 days.

Currently, the Avalanche network has the only consensus mechanism that can scale active validators on the network and offer the same level of throughput as payments giant Visa. Fast and low-cost transactions, coupled with $180 million in incentives through the Avalanche Rush program, are attracting more decentralized applications to the network. Also, alongside its growing popularity in the crypto community, Avalanche developers have made 12,575 commits so far in 2020-21, a 709% growth over their Github commits last year. Github commits have emerged as an important indicator of a network’s relevance and relevance to the development community:

Cardano, a leading altcoin and rival network of Ethereum, made 702 commits and became 555 percent more active than the average protocol. With the arrival of smart contract functionality on the Mainnet, Cardano is poised to continue its rise. But Cardano differs from Ethereum because it has one of the most democratic distributions. This ensures that Venture capitalists and influencers do not control a large part of the altcoin distribution.

What experts think about Cardano

Cardano advocate, nicknamed TheADAApe, shared statistics and insights on the decentralized and democratic distribution of ADA versus other projects in the ecosystem:

Charles Hoskinson said the main reason why most big influencers and VCs on other projects hate Cardano but praise less secure projects is that ADA’s distribution is too democratic and they don’t get the lion’s share of the profits.

It’s becoming quite clear that the main reason most big influencers & VCs from other projects hate #cardano yet praise demonstrably less secure projects is because, as @IOHK_Charles said, the distribution of $ADA is too democratic and they can’t get the lions share of profits. pic.twitter.com/DDVxLNwTzH

Cardano’s reputation as a “Green Cryptocurrency” is another factor driving the overall increase in on-chain data. The altcoin lost over 10% last week and analysts think a drop below $2.20 will be disastrous for the ADA rally. Uncertainty regarding the deployment of smart contracts on the blockchain network has caused the altcoin price to plummet since the Alonzo hard fork. With advanced capability and upgrades, the ADA price is expected to increase in the long run. Another mysterious crypto analyst Pentosh1 says that the price of Cardano is too high and a retest of the downtrend is likely:

AXS, ADA and SOL prices too high Most are bearish after some pretty crazy rallies. You have to ask yourself, what’s the plus? What is the downside? Markets are hills and valleys. One cannot exist without the other

Imo the prices of $AXS, $ADA, and $SOL are too high

Most giving bearish retests after some pretty insane rallies. Have to ask yourself, what is the upside? What is the downside?

Markets are peaks and valleys. Can't have one w/o the other

Recently, popular crypto analyst and trader Benjamin Cowen explained how Cardano can follow in the footsteps of Ethereum to achieve even greater success. In a video posted ahead of the launch of smart contract support at the Cardano mainnet, aka the Alonzo hard fork combiner (HFC) event, Cowen told the more than 538,000 subscribers of his YouTube channel that Cardano could build on the success of Ethereum by highlighting the app.

The analyst highlighted that Ethereum is widely used for multiple protocols, including NFTs and DeFis , which causes users to accumulate and spend ETH . Additionally, he said that Ethereum’s applications contribute greatly to its market value. According to Cowen, Cardano has yet to reach a similar level of app usage adoption. However, the analyst predicts that Cardano’s ecosystem and network impact will continue to grow, leading to a positive impact on the price. Cowen recently explained:

None of us are claiming that Cardano’s ecosystem is currently larger than Ethereum, but I think Cardano will grow over time and in fact, as more benefits are built on the platform, I think it is. It will positively affect the price.

Cowen then looked at the ADA-ETH trading pair and noted that if we see a new high, it could be worth $4.50 for an ADA, which looks like its mid-term price. The analyst also said that ADA is in a major reaccumulation phase between $1 and $3, but predicted that the price will “explode” to a new milestone when ADA breaks above $3.