Home Crypto 4 Analysts Explained: How Much Can Bitcoin Fall From Here? 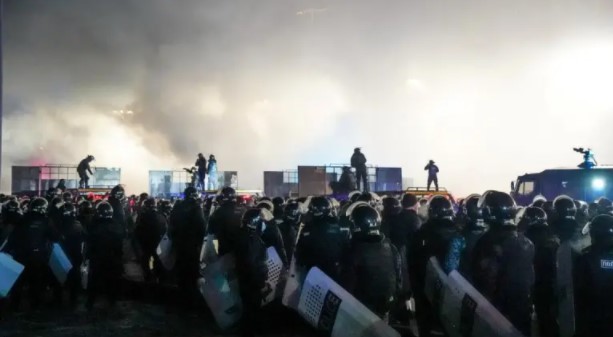 How low can Bitcoin go? This is one of the main questions on the minds of many crypto investors these days when we are in the middle of the Russian-Ukrainian tension. Bitcoin continued its recent slide on Tuesday, dropping more than 2% to $37,600 as investors turn to traditional safe havens like gold and the US dollar.

How much lower can Bitcoin go?

The cryptocurrency (BTC), which is currently trading at a two-week low, prompted analysts to include the $30,000 levels in their forecasts as the conflict between Ukraine and Russia escalated. It fell to $36,372 the day after Russian President Vladimir Putin announced that he had recognized the secessionist republics in eastern Ukraine and sent troops. Other cryptocurrencies also fell, with Ethereum down 3% and XRP 9%. “In a tense situation, investors will prioritize commodities like gold and crude oil over riskier stocks and cryptos,” said Griffin Ardern, a volatility trader at crypto asset management firm Blofin. Meanwhile, John Roque of 22V Research said in a note:

In the world’s latest vortex, in the USA/Russia/Ukraine, the asset that claims to be the answer to every question, Bitcoin has quietly weakened and is significantly underperforming its archenemy (gold).

As traders send the nugget to an all-time high, it is predicted that Bitcoin could drop below $30,000, a level not seen since July 2021. Antoni Trenchev, co-founder and managing partner of Nexo, reiterated this point. Trenchev says:

Bitcoin’s failure to hold $40,000 amid rising Ukraine tensions means $30,000 is back in the game. Geopolitics has replaced inflation as the primary driver of both traditional and crypto markets for now.

Gold prices rose above $1,900 per ounce on the day, while silver prices rose more than 1% and the Japanese yen was also in demand. “It looks like Bitcoin will not be a safe haven in geopolitical crises,” Welt’s Holger Zschaepitz said. Also, the analyst said, “Digital gold (Bitcoin) has fallen…while gold has risen. The correlation between digital and analog gold is negative even now. “The narrative that digital gold is a better way to escape did not materialize in Ukraine.”