Home Crypto 4 Altcoins to Watch This Week Have Been Announced: Here are the... 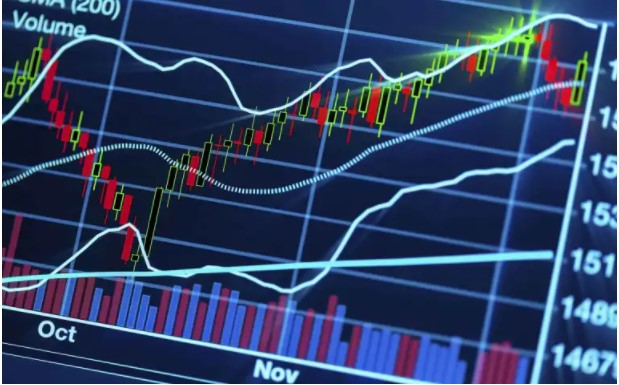 BTC/USDT. Russia’s massive deployment of troops, fighter jets, equipment and prolonged military exercises near Ukraine’s borders has heightened fears of a possible invasion over the next few days. This triggered Bitcoin (BTC) selling, which fell below the strong support at $39,600. Between gloom and apocalypse, there is a glimmer of hope for crypto investors as data from Glassnode shows that over 60% of the Bitcoin supply has not been used in any transaction in more than a year. This shows that long-term buyers are not abandoning their downtrend positions. The failure of buyers to defend the strong support at $39,600 indicates that Bitcoin continues to face strong selling by the bears.

The bulls are expected to defend this zone aggressively as a break below it could open the way to retest the January 24 intraday low of $32,917.17. The longer the price stays below $39,600, the higher the probability of a downside move. Contrary to this assumption, if the price bounces back from the current level and quickly rises above $39,600, it would suggest a strong accumulation lower. The bulls will then try to push the price above the 20-day EMA. The failure of the bulls to make a strong recovery from the $39,600 support points to a lack of demand at the higher levels.

LEO/USD. LEO has been correcting since setting a new all-time high of $8.14 on February 8th. The ascending 20-day EMA and RSI in the positive zone suggest that the bulls have a slight advantage. The LEO/USD pair could try to continue the upward move if buyers push the price above $6.24. According to the analyst, the pair could rally to $7 later. Conversely, if the bulls fail to sustain the current recovery, the bears will perceive an opportunity and try to push the pair below the 20-day EMA.

The 4-hour chart shows that the pair is range-bound between $5.52 and $6.24. The 20-EMA and 50-simple moving average have flattened out and the RSI is near the midpoint, suggesting a balance between supply and demand. If they push the altcoin price below $5.52 and sustain it, this balance will shift in favor of the bears. The pair could then drop to the 200-SMA. Conversely, if buyers push and sustain the price above the 50-SMA, the pair could rally to $6.24.

MANA/USDT. Popular altcoin Decentraland (MANA) broke down from the downtrend line on Feb. 16, suggesting that sentiment is bearish and traders are selling to hard resistance levels on rallies. The bears pushed the price below the 50-day SMA ($2.83), which opens a possible downside door to the strong support zone between $2.44 and the 200-day SMA ($2.20).

KLAY/USDT. Klaytn’s native cryptocurrency KLAY bounced back from the downtrend line on Feb. 16, suggesting that the bears continue to sell in rallies. However, a minor positive is that the bulls are not allowing the price to drop below the 20-day EMA ($1.23). This indicates that traders are buying this support bearishly. If the price rises and continues above the 50-day SMA ($1.27), the bulls will again try to break through the general hurdle at the downtrend line. If they achieve this, it will indicate a possible change in trend. According to the analyst, the KLAY/USDT pair could rally to $1.50 later.

Alternatively, a break and close below the 20-day EMA will indicate that the bears have surpassed the buyers. This could push the price to $1.10. The 4-hour chart shows that the bears are aggressively guarding the overhead resistance at $1.36. The pair bounced back from this resistance, but the bulls did not allow the price to break and stay below the 50-SMA. If the price rebounds from the current level, buyers will immediately try to clear the resistance at $1.31 and push the hurdle at $1.36.

XTZ/USDT. Tezos (XTZ) broke down from the downtrend line on Feb. 10, indicating that the bears continue to sell in the rallies. The bears will now try to push the price to the bullish line. The uptrend has been acting as a strong support since March 2020. Therefore, the bulls are likely to defend the bullish line aggressively. If the price bounces back from this support, buyers will try to push the XTZ/USDT pair above the downtrend line. If they are successful, the pair could signal a possible change in trend.

The 4-hour chart shows that the pair is in a solid bearish grip. The price dropped to the 61.8% Fibonacci retracement level from $3.32, which is an important level for the bulls’ defense. A break and close below this support would increase the likelihood of a drop to the 78.6% Fibonacci retracement level at $2.98 and later to the bullish line. The first sign of strength will be a break and close above the 20-EMA. Such a move will indicate that the selling pressure may drop.

Binance Made Important Announcements For These 6 Altcoins!