Home Entertainment Chris Evans Shares a First Look at Himself and the Rock in... 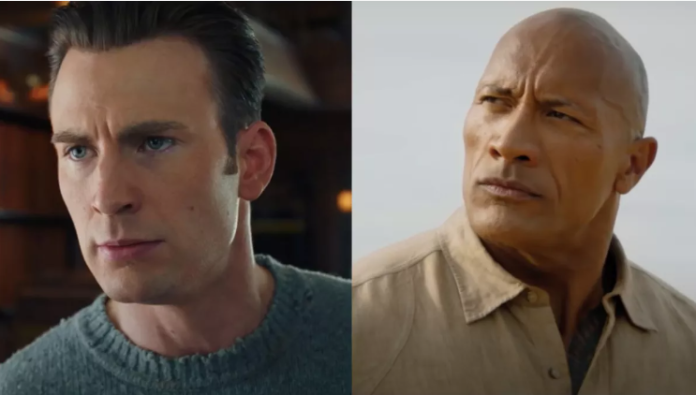 The holiday season is coming again, but this year, perhaps no one is celebrating as well as Dwayne Johnson and Chris Evans. The duo are getting to work on a new Christmas movie coming out next year, called Red One, and it looks like they’re excited.

In Evans’ Instagram post, we meet the two main characters of Red One, who are apparently named Callum Drift and Jack O’Malley. Evans is clearly excited about making a Christmas movie, and the two action stars already seem to be enjoying working together. Check out both images below.

The photos definitely have a festive theme. They seem to be shooting at a toy store, or at least a toy store, and Dwayne Johnson is dressed from head to toe in red and green and looks like the coolest Christmas elf in the world.

Red One is a Christmas action movie that will debut on Prime video next year. Besides, we don’t know much. Johnson’s production partner Hiram Garcia compared the film to Guardians of the Galaxy or Hobbs and Shaw, so it looks like it will be something like an action comedy. There will also be “mythological” elements, and it looks like the idea is that the film will take elements we are used to seeing in Christmas movies and give them an adventurous touch.

When Red One was first announced, it was said that it would be “a representation of a completely new universe to explore within the holiday genre,” which certainly gave the impression that we could consider Red One as the beginning of a holiday action movie franchise. If so, then the film has found two perfect stars with a lot of confidence in the action franchise.

Pokemon GO Dataminer Hints at the Legends of the Sun and...