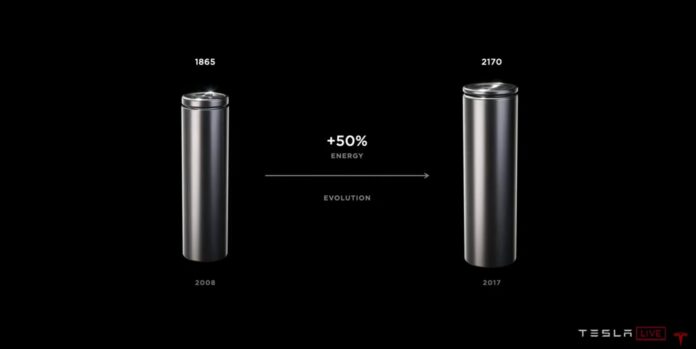 Battery performance, one of the biggest problems of electric vehicles, continues to improve with new designs and technologies. Thanks to the Tesla 4680 battery design, electric car users will have more range.

Using a 18650 battery design, Tesla was able to store more energy in the same volume battery system with a new design. The model, which has a 46 mm diameter and 80 mm height, has many advantages over other battery designs.

Working on the new battery technology, Tesla has solved the performance issue by changing the battery design for now. The company, which published a video on how to align the battery cells, also shared the results of the comparison with other battery designs.

Tesla, which managed to store 5 times more energy with approximately 960 cells, achieved an energy density of 300 Wh / kg. 4680 batteries, which are 6 times more powerful than the battery created with 18650 batteries, will provide users 30 percent more range.

Stating that Nickel is used in battery cells, Elon Musk stated that they prefer silicon technology instead of graphite because it is cheap and useful.

It is not yet clear whether Tesla will sell its battery design to other companies.