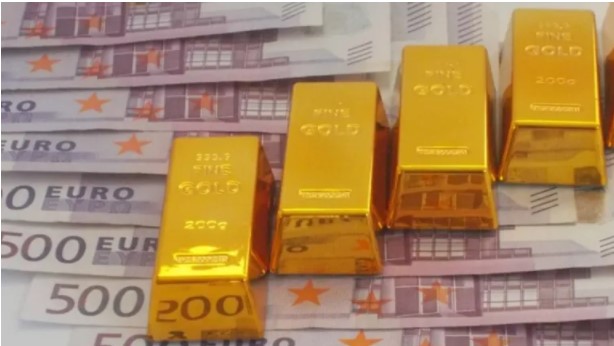 As Russian forces continue to bomb Kharkiv, Ukraine’s second largest city, they have signaled that they will target intelligence and communications facilities in the capital, Kiev. Gold prices rose sharply to mark a 13-month high on Tuesday, supported by a broad flight to the perceived safety of precious metals and government bonds as the invasion deepened. We have compiled the market comments and forecasts of analysts for Kriptokoin.com readers.

Ricardo Evangelista: This could create room for further growth under this situation

Russia’s sixth day of invasion of Ukraine and rapid and serious financial sanctions against Russia from a number of Western countries have injected a new dose of turmoil into the markets. Ricardo Evangelista, senior analyst at ActivTrades, commented on Tuesday:

In addition to bonds and gold, crude oil prices have risen and concerns over near-term inflationary pressures for bullion are heightened as West Texas Intermediate oil surpasses $100 a barrel. Ricardo Evangelista of ActivTrades comments:

The conflict is likely to escalate in the next few days, and a resolution to the conflict is unlikely in the near future. This could create room for further increases in gold prices.

Investors are weighing the effects of the occupation on inflation and the global growth outlook, as well as how central banks, particularly the Federal Reserve, will respond. In a note, ThinkMarkets market analyst Fawad Razaqzada highlights:

In addition, Fawad Razaqzada states that the probability of a 50 basis point interest rate hike from the Fed has fallen below 5%, the European Central Bank’s first rate hike expectations have been pushed back from December this year to 2023 and makes the following prediction:

According to Ilya Spivak, if this happens, gold will retreat significantly

Ukraine’s besieged cities were poised for more attacks Wednesday as Russian commanders, facing fierce resistance from Ukraine, intensified their bombing of urban areas in an offensive towards the capital, Kiev.

Meanwhile, as rockets hit major cities in Ukraine, the steady drumbeat of US companies taking a stand increased. Investors are now waiting for Fed Chairman Jerome Powell’s testimony to the US Congress for more clarity on rate hikes. DailyFX currency strategist Ilya Spivak draws attention to the Fed’s stance and makes the following prediction:

If we find out by mid-month that from the Fed’s point of view, the current situation will not change their overall strategy, they are still focused on controlling inflation, you will see that gold has pulled back in a significant sharp move.

4 Analysts Explained: How Much Can Bitcoin Fall From Here?