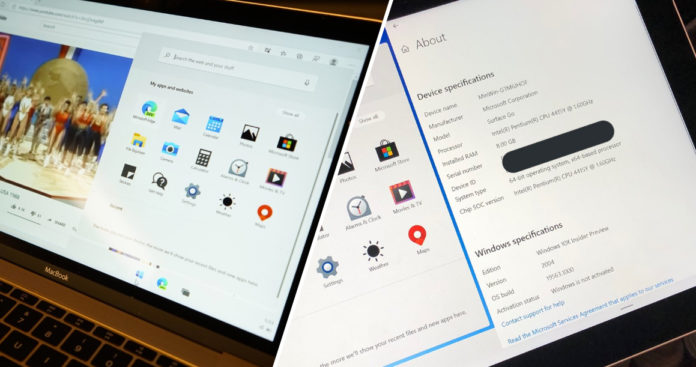 Microsoft has been working hard on Windows 10X for some time now and provides a lot of innovations that users have been waiting for. Apparently, the new system developed for dual screen devices includes some features that are missing in Windows 10.

Windows 10X is an operating system that is expected not only to come to devices in new categories, but also to come up with new innovations as it comes after Windows 10. New information about Windows 10X, which Microsoft is currently working on, has been received in the past days thanks to official explanations.

Although Windows 10 is considered a very useful operating system, there are some features that should be added according to whom. Designed specifically for foldable and dual-screen computers, Windows 10X has some of the features that affect this design and usage. We have compiled a few of the Windows 10X features that Windows 10 should have for you. Let’s start evaluating.

Start menu
One of the new features of Windows 10X was the new simple design of the start menu. This design is much simpler than the start menu we know from Windows 10. There is no Live Tiles feature in the new start menu. When you think about it, this is a very reasonable choice for the menu whose function is to open an application shortly. This feature, which makes the interface only more complicated, if it were in Windows 10X, would be an unbearable design for foldable computers that are smaller than desktop computers.

The new menu presents the application icons to the user in a very clean and organized manner. The menu is also accessible from the automatically hidden taskbar, which is an important step for design simplicity. Seeing the new start menu design on Windows 10 can be quite nice if it adapts well.

Revealed taskbar
Windows 10X also comes with two taskbars that function separately for both screens. This means that places such as the start menu can be accessed from both screens. In addition, all icons on the taskbar are located in the middle of the bar, unlike previous Windows systems. Some Windows 10 users use an application called FalconX to provide this look.

But the colors and tastes are indisputable, so this feature should be adjustable. Changing the layout in the taskbar without using any extra applications can be a feature that many Windows users will like.

Transaction center
Although the operation center in Windows 10 is a very useful feature, it takes up a lot of space on the screen unnecessarily. The process center of Windows 10X provides a much simpler design than Windows 10 thanks to the smaller area it occupies, smaller icons and the necessary buttons it contains.