Home Entertainment 3 Ubisoft games will be available exclusively for Netflix 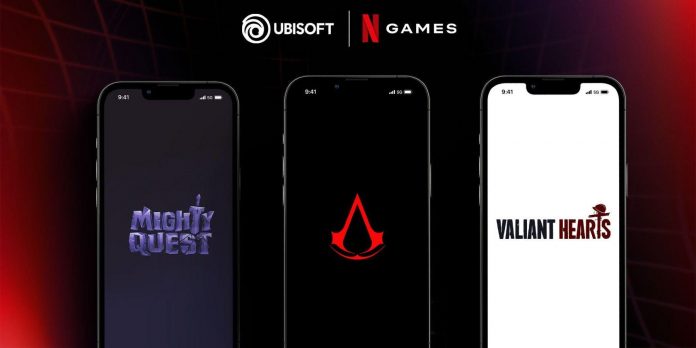 In today’s official Ubisoft Forward live broadcast, the Ubisoft team welcomed one of its new partners, Netflix, to the virtual stage to announce several new games. Mike Verdoux, Vice President of Netflix Games, spoke about the continuation of cooperation between Ubisoft and Netflix, as a result of which three new games will appear on the streaming platform. The announced games are sequels to Valiant Hearts and Mighty Quest for Epic Loot, as well as another Assassin’s Creed game.

Netflix began offering mobile games to streaming customers last November, introducing five games. The initial launch titles included two “Stranger Things” games based on the popular Netflix Original game of the same name. Netflix has not yet managed to make a splash in the gaming market, but it will definitely not stop in the near future. Ubisoft has worked closely with Netflix during its journey to games, including the release of the “Stranger Things” DLC for Far Cry.

There will be three Netflix exclusive games from three separate Ubisoft franchises: Valiant Hearts, Mighty Quest and Assassin’s Creed. While there is still a lot to tell about these games, Verdu has revealed some key details about them. Most importantly, they will all be free for Netflix subscribers, and there will be no ads or controversial microtransactions. The first of them, the sequel to Valiant Hearts, is due to be released in January 2023, and the new Mighty Quest game will be released later in 2023. The release date of the game Assassin’s Creed is still unknown.

Valiant Hearts 2 is the successor to Valiant Hearts: The Great War from Ubisoft, an adventure game inspired by LucasArts. According to Netflix, it is being developed by the team behind the original, which was one of the best games about the First World War. It is unclear whether the sequel will take place during the First World War or will continue the theme of the Second World War. Netflix has revealed little about the successor to the action—adventure—or, as Netflix likes to call it, the roguelite-inspired action-adventure – Mighty Quest for Epic Loot.

Finally, the third game, and perhaps the most interesting of the three, will be the new Assassin’s Creed game. The game doesn’t have a name yet, and most of it is still a secret, but fans know that it will coincide with the launch of the upcoming Assassin’s Creed Netflix TV series with live action movies, although none of them have a release date yet. All games can be found through the Netflix app, which now has its own “Games” tab and can be downloaded through the App Store or Google Play.

Jonathan Majors Reveals the Secret of How to Play Kang Variants...