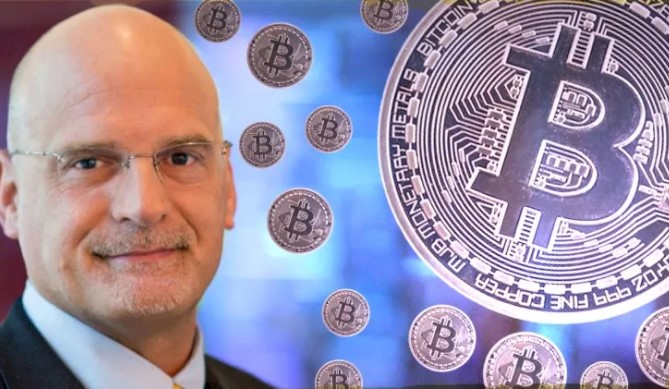 Senior commodity strategist Mike McGlone believes in the future of leading cryptocurrencies. In his latest tweet, McGlone stated that Bitcoin and Ethereum (ETH) are still in their early adoption days.

Mike McGlone expects Bitcoin and Ethereum to continue to appreciate with the supply-demand dynamics of the market. Knowing $10,000, $12,000, and $50,000 in Bitcoin, the analyst doubles his expectations in 2022 and predicts that BTC and ETH will reach $100,000 and $5,000, respectively. Earlier in December, McGlone said that Bitcoin would outpace the US stock markets. The analyst also predicts that the largest cryptocurrency will consist of Solana (SOL), Binance Coin (BNB), Bitcoin and Ethereum. At the same time, he is highly critical of meme coin giants Dogecoin and Shiba Inu. He recently said that for the development of more qualified projects, the market should be cleared of meme coins.

Due to inflation, the Fed’s rate decisions are seen as the biggest obstacle to the crypto bull. Recently, Goldman Sachs said that Bitcoin is more vulnerable than ever, as it has a close relationship with the traditional financial market. In his research note published in early January, McGlone wrote that $30,000 could be the new $3,000 level for Bitcoin, citing the crash that occurred in December 2018.

The inventor of Dogecoin announces how much he earned on DOGE!

2 Master Analysts Have Given Bitcoin’s Next 3 Levels!