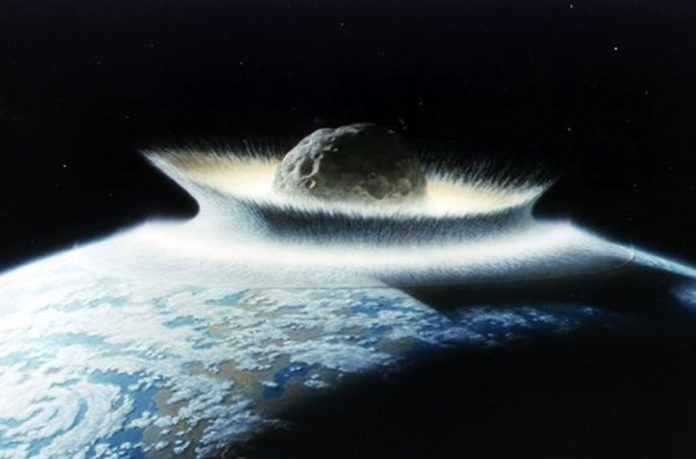 Scientists from the Massachusetts Institute of Technology have published a plan to orbit an asteroid that could potentially hit Earth. This plan consists of three steps to be organized in three tasks in total.

Today, we see news that almost every week an asteroid will cross the Earth. Asteroids are tangent to Earth and continue on their way. So what would we do if one of these asteroids came directly to Earth?

To date, we have seen things in the movies, books, and in many places about throwing missiles into asteroids and destroying them. Today, all these theories have been put aside and scientists have come up with suggestions for possible precautions if an asteroid has a risk of hitting Earth.

Three-step plan from scientists at MIT:
Scientists from the Massachusetts Institute of Technology presented three different strategies against the risk of an asteroid impact with the potential to destroy Earth and humans. The missile launching theory, which is described as ‘one chance’ today, was kind of refuted thanks to the 3 steps shared by scientists.

The three elements suggested by scientists from MIT to prevent an asteroid from hitting the Earth are as follows:

One remote sensing satellite to characterize the shape, mass distribution, surface properties and materials of the asteroid

3-step plan:
According to scientists, an ideal ‘asteroid removal operation’ should be a three-step job rather than an all or nothing task. “If you have enough time and want a high success rate, what you do is to perform three tasks,” Olivier De Weck, a professor at MIT, told Inverse.

Task 1: ‘Characterize’
As we mentioned, the first step of the three-step plan to orbit an asteroid is to characterize the asteroid. The second task will start when the remote sensing satellite performs its task and collects the requested information about the asteroid.

Task 3: ‘Hit’
Once the first and second missions are fulfilled, the third mission will be a defensive mission. The shooter will not go through the asteroid but will have the power to take it out of its orbit by dealing a solid blow to it.