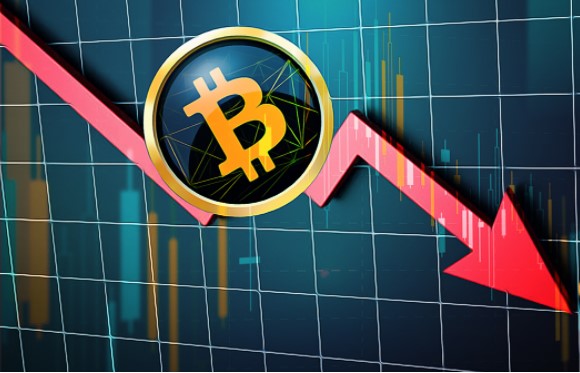 The crypto market lost over $500 billion in total market capitalization early on Friday. The bloodbath in the market led to over $700 million in liquidation. Bitcoin (BTC) dropped below the critical support level of $40,000, while Ethereum (ETH) lost the $3,000 support.

Bitcoin has been in a downtrend for roughly 11 weeks and no one has clear information about the bottom. In fact, we do not see the old bold statements about when the direction will be turned up again. There are 3 important reasons that triggered the sharp fall of cryptocurrencies and Bitcoin.

Consumer inflation in the United States has reached record highs and it is expected to announce new interest rates at the FOMC meeting to be held on January 25-26. The Fed is expected to raise interest rates three times this year, with increases from 0.25% to 1% by EOY. Many market experts think that the growing concern about inflation, added by the ohmron increase, has finally driven the sale into the crypto market.

One Reddit theory suggests that crypto was created to hide asset inflation, with the US dollar forming another “pipeline” to inflate and pass a different asset. User Juicyjuicejuic wrote:

“Crypto creates the perfect investment vehicle for a short time before it becomes the scapegoat for any coming crash.”

The user cited volatility in the crypto market as the reason why bonds and stocks crashed, “because everyone is gambling on crypto and getting money from other assets to do so.”

Market experts also believe that Bitcoin’s increasing correlation with the stock market could trigger the crash sooner. Because of ETFs and institutional investors, BTC is more closely intertwined with equity markets. The cryptocurrency market is moving with Wall Street.

Shares of Block, Paypal, MicroStrategy and Netfilix are also falling. The market is pricing the future and cryptocurrencies are following them.

Another theory that is gaining interest is a recent report from the Central Bank of Russia requesting a comprehensive ban on crypto mining and trading. The Russian central bank likened Bitcoin to a Pyramid scheme (Pyramid system scammers, ponzi etc) and demanded that its domestic use be banned immediately. The central bank also warned that cryptocurrency could pose a risk to the nation’s financial sovereignty.

Russia has become the third-largest Bitcoin mining hub, and many believe the central bank’s demand for a sweeping ban pushed May 2021 market leader like FUD up for sale.

Beware of this Metaverse coin: exploded with a loud announcement!