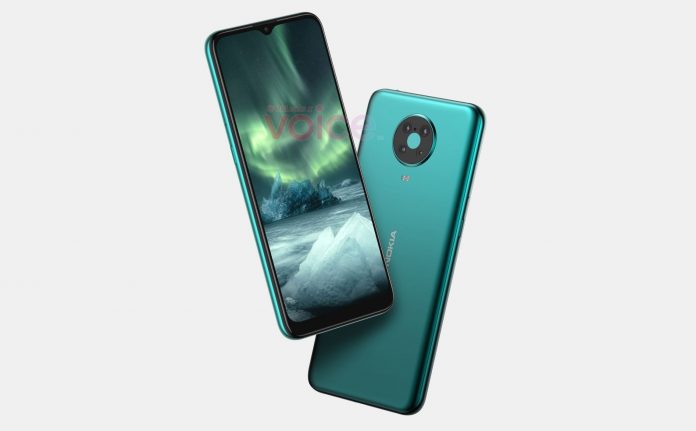 It was stated that Finland-based smartphone manufacturer HMD Global will launch three new Nokia devices in a short time. In addition, some information about these phones has emerged.

It was claimed that Nokia, which closed the shutter because it lagged behind in the smartphone world and then returned to the stages with the Android operating system, will release three new phones in the next few months.

It is stated that the first of these three new devices to be released by the company may be the Nokia 1.4. Other devices will be Nokia 6.3 / 6.4 and Nokia 7.3 / 7.4, which support 5G connectivity. These phones will be available to users in the first quarter of 2021 or the beginning of the second quarter.

Nokia 1.4, which will be in the entry class, will have an HD + screen resolution. The phone that will be powered by a quad-core processor; It will come with 1 GB of RAM, 4,000 mAh batteries and dual rear cameras. It is stated that the device, which will have the Android 10 operating system, will be cheaper than 100 euros.

According to the information, the phone will come with a 6.5 inch HD + LCD screen. The drop notch on the phone’s screen will host the selfie camera. The storage capacity of the phone, which will have 16 GB of storage space, can be increased with a microSD card.

Another device that will come out of the company will be Nokia 6.3 / 6.4 with 5G connectivity support. The phone, which is expected to be released in the first or second quarter of 2021, is expected to be powered by the Snadragon 480 SoC.

While it is possible that there are 4 cameras on the back, there are two possibilities for configuration. The first one is that the main camera will be 48 MP, while in the other, the camera capacities are listed as follows: 24 MP main camera + 12 MP ultra wide angle camera + 2 MP macro lens + 2 MP depth sensor. On the front is a 16 MP selfie camera.

The second device to be released by the company with 5G connectivity will be the Nokia 7.3 / 7.4. The device, which is expected to be released in February or March, will be powered by the Snapdragon 690 SoC. RAM options of the phone include 4 GB / 6 GB / 8 GB options, while storage options will include 64 GB / 128 GB options.

A New Variant of Redmi 9 Revealed in TENAA Listing

Is Minecraft’s Free Upgrade Period From Java To Windows 10 Expired?