Home Crypto 3 Historical Indicators: Bitcoin Could Crack At These Levels! 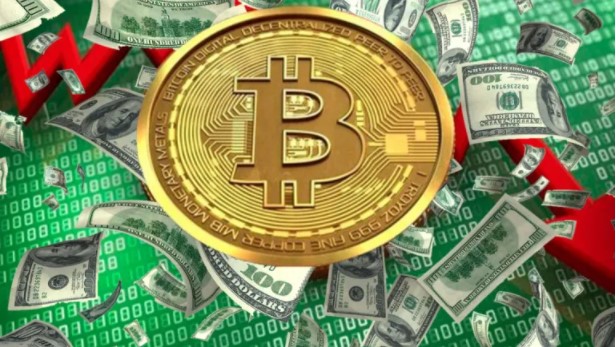 According to popular analyst Ari Rudd, with a combination of historically accurate technical indicators, Bitcoin (BTC) looks poised to drop below $30,000 in the coming months. The independent market analyst explains why Bitcoin’s continued price recovery on February 14 (from under $33,000 on January 24 to around $42,000 on February 14) may not have strong feet.

The analyst’s LFG is a Bitcoin price prediction model based on BTC’s fractals consisting of ‘logarithmic scales on both axes’. It then predicts where Bitcoin might go next based on historical price movements. The analyst applies the LFG pattern to a monthly BTC chart. As the chart below shows, LFG levels had created accumulation/distribution zones for traders during previous bearish cycles. Therefore, the analyst notes that Bitcoin should still fall into the low-end range, which is called a buying area that coincides with the bottoms during the 2018 and 2020 price drops.

“We have a few months left before we reach the accumulation stage,” says Ari Rudd, noting that the best possible scenario for acquisition opportunities would be 24k-27,000.

As with the LFG pattern, the moving average stripes correctly coincided with the end of Bitcoin’s bear cycles, including 2018 and 2020, on a three-month timeframe. In detail, these strips represent a series of moving averages (MAs) that allow traders to identify key areas of resistance and support by looking at prices on the MAs. According to the analyst, each of Bitcoin’s top-down trends has exhausted near the ‘ribbon support’.

As the leading cryptocurrency undergoes another price correction from the $69,000 high, the analyst thinks its strong bounce around $33,000 could be a bull trap. He argues that this is because the price is ‘retesting the strip support on the quarterly chart’.

As a result, the moving averages stripe indicator risks sending Bitcoin to $25,000 or below.

By the way, there is also a bull package for Bitcoin

Unlike the aforementioned bearish technical indicators, there are also several on-chain Bitcoin indicators that provide a temporary bullish outlook. Bitcoin addresses holding at least 1,000 BTC added more tokens to their balances during the recent upside correction, suggesting that the wealthiest crypto investors are supporting BTC’s recovery.

Additionally, the amount of Bitcoin held by exchanges fell to three-year lows on February 13, in a bull downtrend that has continued unabated since the March 2020 low, according to Glassnode data.

4 Analysts Explained: How Much Can Bitcoin Fall From Here?