Home Crypto 3 Analysts: The Gold Price May Fall to These 2 Levels, Respectively! 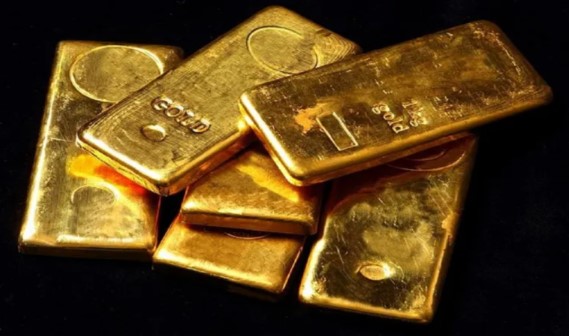 Gold rebounded from a three-month low on Wednesday as dollar and Treasury bond yields weakened ahead of key monthly U.S. inflation data that could affect the Fed’s monetary policy stance and demand for metals.

“If inflation turns out to be higher than expected, the price of gold may rise to $1,680”

As follows from Somanews news, benchmark rates on 10-year US Treasury bonds have been declining for the third consecutive session, increasing demand for zero-yield gold. The dollar weakened, albeit at higher levels, which made bullion priced in dollars more attractive to offshore buyers.

Analysts expect a sharp decline in the monthly growth of the US consumer price index (CPI) for April from 1.2% in the previous month to 0.2% and an annual increase of 8.1%. U.S. central bank officials on Tuesday reinforced their case for the fastest series of rate hikes since at least the 1990s to combat inflation.

DailyFX currency strategist Ilya Spivak says that gold has a critical price support around $ 1,830, and if inflation turns out to be lower than expected, prices may jump, as investors prefer the influence of bullion on the Fed, rather than the role of hedging. The strategist pays attention to the following levels:

Stephen Innes: The problem for gold investors is the Fed rate hike

Gold is under pressure again with the start of a new week. According to Commerzbank economists, investors are abandoning not only gold, but also silver. Economists say:

THE SAME FACTORS APPLY TO THE PRICE OF GOLD AS IN THE PAST WEEKS. THE US DOLLAR IS STABLE, AND THE YIELD ON BONDS IS FURTHER INCREASING. OVER THE PAST TWO WEEKS, ETF INVESTORS HAVE BEEN OUT. GOLD ETFS, FOLLOWING BLOOMBERG, REGISTERED 12 TONS OF PRODUCTION LAST WEEK. CFTC STATISTICS SHOW THAT FINANCIAL INVESTORS HAVE TURNED AWAY FROM SPECULATIVE INVESTORS. THUS, OVER THE PAST THREE WEEKS, 153 TONS OF GOLD HAVE BEEN SOLD ON FUTURE MARKETS. THIS IS PROBABLY THE REASON THAT DURING THIS TIME THE PRICE OF GOLD HAS FALLEN BY $ 100 OR BY 5%.

Good News to DOGE and These 6 Coins Investors: Valid in...