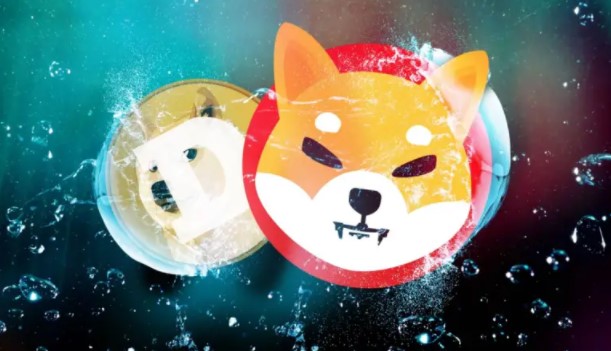 According to crypto analyst Filip L, Dogecoin price will skyrocket higher as the current market sentiment has not changed overnight. Analyst Ekta Mourya says that the price of Shiba Inu (SHIB) has broken out of a downtrend. FXStreet analysts state that Decentraland (MANA) price needs another return to $3 to confirm the bullish formation.

“Dogecoin price has 10% more gains on the table”

Dogecoin price sees the bulls finally pack their punches and pierce the bearish defensive wall that shorts have built around $0.1242. While the bulls tried to move forward but failed, another test could occur on Wednesday where a daily close above this level will set the stage for tomorrow. With the 55-day Simple Moving Average (SMA) at $0.1328 and $0.1357 as historic key levels, the bulls have very defined targets to jump into this week.

Dogecoin price has investors returning with vengeance after headwinds from the stock market spread to cryptocurrencies. After several rumors of a peace plan on the table between Russia and Ukraine, the ‘buy the rumor, sell the truth’ strategy seems to be emerging. Investors are highlighting the rumors about ongoing talks and betting that a deal will happen soon.

DOGE price sees investors returning to cryptocurrencies after taking a break for several months. The bulls have already pierced $0.1242 but failed to close higher. There may be a price squeeze to secure a close above this level later today. The bulls can jump to the 55-day SMA at $0.1328 or $0.1357, depending on the aroma and the addition of additional headwinds to the rally.

While the situation appears to be stabilizing, things getting worse could trigger a major downturn for global markets. This means that with cryptocurrencies taking the first place on the breakout block, the markets have entered a crisis and are freed from any risk assets. This could cause DOGE price to drop to $0.1137 or even $0.1067.

SHIB price may recover from the recent price drop as the community and traders send Shina Inu (SHIB) to the burning pot. On March 22, 2022, over 1.02 billion SHIB tokens were burned in a 24-hour period. The Shiba Inu price gained 8% last week as the circulating money supply continues to decline. On March 22, 2022, over 1.02 billion SHIB tokens were sent to dead wallets and withdrawn from circulation within 24 hours.

An additional 244.5 million SHIB was sent to the burning pot in mid-April, further reducing the meme coin supply. NOWPayments, a cryptocurrency payment gateway, has introduced a new feature that allows traders to burn some of their profits in Shiba Inu. Merchants using the payment gateway can choose a percentage markup to burn the tokens. When NOWPayments calculates a certain amount of Shiba Inu tokens, they are automatically sent to a dead wallet.

Shiba Inu tokens withdrawn from circulation are sent to “hell” wallets as a commitment to reduce the circulating SHIB supply and increase the value of the circulating supply. Over 411 transactions, over 1.02 billion SHIB tokens destroyed, which is equivalent to $24,296. A total of 410 trillion SHIBs worth $9.6 billion have been burned to date.

Analysts predicted a breakout in the Shiba Inu price trend. FXStreet analysts are predicting a 30% increase in the price of SHIB even though the meme coin is lagging behind. Analysts state that the Shiba Inu price chart shows that the Dogecoin killer is ready to test $0.000026. As the Ichimoku cloud ahead is weak, analysts argue that there is not much resistance ahead and the Shiba Inu may enter an uptrend.

Decentraland price is consolidating in what appears to be a wave B triangle. MANA may have already completed three of the five required structures within the triangle and may charge up to $3 higher to complete the fourth. As Metaverse Fashion Week kicks off the stars in the next few hours, these technical bullish developments are emerging.

The Decentraland price seems to be gaining momentum as the Metaverse startup prepares to host a series of fashion shows, parties and pop-up stores featuring brands showcasing digital apparel on avatars walking virtual runways. “I think people will be surprised because our team is working really hard to get unique spaces and stores for unique spaces in 3D,” said Giovanna Graziosi Casimiro, head of Metaverse Fashion Week.

MANA price is currently swinging low in wave C with the $2.20 mark. Interestingly, wave C diverges negatively on the Relative Strength Index, with higher lows occurring in February on the 4-hour chart.

The bulls have supported the MANA price all week as the token is currently trading at $2.49. The next target for MANA is 35% higher in the $3 zone. A newly formed pivot level around $3 could form Wave D within the general triangle. The decrease in the volume of sellers also provides further bullish combination. This scenario might encourage Elliot Wave analysts to enter early as the invalidation level is currently 12% above the current price.

Traders should keep in mind that triangles are deceptive, but it’s hard to argue with such a tight override level. If $2.10 was touched, the bears would likely dominate the MANA price and send it back to the $1.90-$1.75 range, up to 40% below the current price.