Home Sport 3-0 Benfica will play the Europa League after winning a Zenit that... 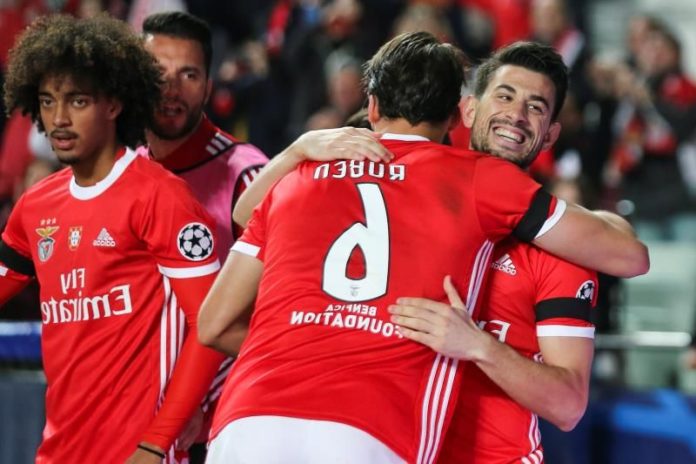 Benfica beat Zenit on Tuesday 3-0, so the Lisbon team finishes the group stage of the Champions League in the third position that allows them to play in the Europa League.

The uncertainty lasted until the last minutes, since Leipzig – leader of the group – and Lyon tied for two, so the French go to eighths with 8 points, Benfica is third with 7, the same as Zenit, which He held the last place.

Benfica went well from the first minutes with a push that allowed him to enjoy the first scoring chances during the first quarter of an hour.

They had the two top scorers in the Portuguese League, the Brazilian Vinicius and the former Portuguese at Atlético de Madrid Pizzi, both with 9 goals in the Portuguese championship. Not even on the bench was the Spaniard Raúl de Tomás, the most expensive signing in Benfiquista history, 20 million euros, who was left unattended by technical decision.

Al Benfica, already mathematically out of the eighths of the Champions League, was only worth the victory to re-engage in the Europa League.

In the final minutes of the first half, the Russians enjoyed their best moments, although without dominating, thanks to the Iranian international center forward Sardar Azmoun.

At rest, Benfica was, virtually, out of European competitions, because although the Germans beat Lyon 0-2, the incarnates did not pass the tie in the first 45 minutes in which they lacked more depth.

However, things would change radically after the initial whistle of Lahoz in the second half, with an early goal from Argentine left inside Franco Cervi, who finished left-handed after a pass from Pizzi.

In 57, Pizzi increased the difference by transforming a penalty by a clear hand into the Douglas Santos area, which was ejected for a double yellow, so the game became very uphill for the Russians.

With this result, Zenit, Benfica and Lyon (who fell at home) would tie at 7 points, although the Russians would go to eighths of the Champions League, since they would benefit from the points obtained in the clashes between the three teams, while the Portuguese they would rise to a third place that would allow them to continue in the Europa League.

The best play of the match was in 63: beautiful wall on the edge of the area between Ciquinho and Pizzi, although the ball, which ended in Cervi’s boots, found no goal.

The sentence of the party would arrive in 79, when, after a corner kick, the Iranian Azmoun was knocking on his own door.

The Russians were only looking at the match between Lyon and Leipzig, where the Germans won by 1-2, although a goal from the French would leave them out of the Champions League and European competitions, as they would be the last of the group.

And so it was, because in 81, Lyon achieved the final draw, so it was placed with 8 points, one more than Benfica and Zenit.

At the end of the two games, Leipzig and Lyon passed as first and second, respectively, to eighths, Benfica achieved the pass to the Europa League as third, while Zenit, which has added, like Benfica, 7 points , was out of European competitions.

Incidents: Last meeting corresponding to the qualification phase of Group G of the Champions League, played at the Estadio da Luz, in Lisbon.