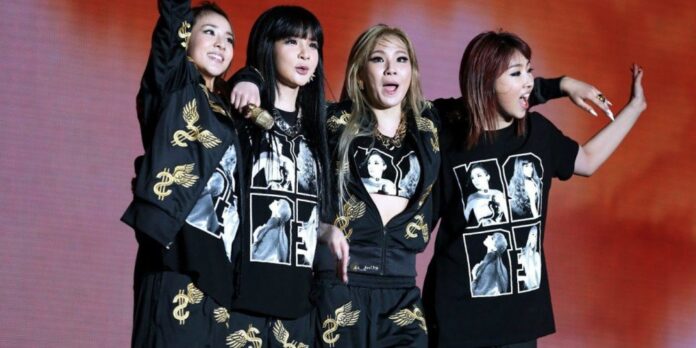 YG’s girl group broke all music standards and their interesting concept revolutionized K-pop. 2NE1 has been celebrating its 11th anniversary since its debut .

The K-pop girl group YG Entertainment debuted on May 17, 2009, with their first single ‘ Fire ‘ that would rank in the best places of music chats, the girls of the group powerfully attracted attention for their talent and personality. .

From that moment the quartet formed by CL, Minzy, Dara and Park Bom would have a resounding success with each record material that they will launch on the market, the public loved the powerful and youthful essence that the group emanated.

2NE1 was one of the first K-Pop groups to release 5 singles in a row and achieve ALL KILL in the popularity charts, in addition to performing in the most important venues in the world, 2NE1 made history in the world of music .

Although the group officially dissolved in 2016 , the friendship of the idols is still very strong, they have always been very united and proud of the achievements of their colleagues in their projects.

Thousands of BLACKJACKS joined on social networks to send messages of support and love to CL, Minzy, Dara and Park Bom through the hashtag #2NE11YEARS , they now have careers individually but their connection will never disappear.

11 years ago, four amazing women first went on stage with a goal of conquering the world thru music—and conquer they did!

A year ago, on their anniversary, the girls from 2NE1 gathered at a very special dinner to celebrate their tenth anniversary, ate cake and remembered great moments that they lived next to the thousands of BLACKJACKS.