Home News 2nd Wave Alert for the regions where the epidemic fell from the... 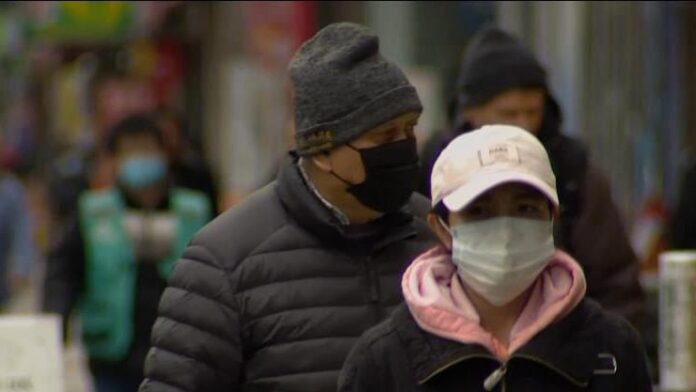 The coronavirus epidemic, which continues its impact on the world, has been declining in some regions in the past days, but the World Health Organization warned that in these regions where the epidemic has decreased, a second wave can be seen.

Although the effect of the coronavirus epidemic has decreased in some regions, second wave warnings are frequently made by the authorized institutions. According to the statements made by the World Health Organization today, if the security precautions are started to be relaxed in the ideal where the epidemic has decreased, they may encounter a sudden second coronavirus wave.

The world is still in the midst of fighting the first wave of coronavirus outbreaks. World Health Organization Spokesperson, who made a press release online today, According to Mike Ryan, the severity of the epidemic has decreased in some regions, while there is still an increase in the course of the virus across Central / South America, South Asia and Africa.

The second wave may come faster than expected

Stating that the outbreaks usually come in waves, Ryan said that at the end of this year, the regions that control the virus may face a new wave of outbreaks. Ryan also noted that if the measures taken for the first coronavirus wave began to be lifted, this new wave would come sooner than expected.

Continuing his explanations on the subject, Ryan used the following statements: “When we talk about the second wave, what we are talking about in general is that a new wave shows up after months when the first wave continues. This assumption may be the” reality “of some countries in the next few months. we should be aware that since there are regressions in the epidemic at the moment, we cannot make any assumptions that this will continue like this or that we have months to prepare for it even if the second wave is already coming. ”

Alerting to European and North American countries, Mike Ryan said that in order not to get caught unprepared for the second coronavirus wave, they should continue to apply the same public health precautions and social distance rules in the same way and ensure the continuity of the virus by constantly controlling the rate of fall. In the days when many European countries and North America are taking measures in general, we hope that the second wave does not occur sooner than expected.

Five Altcoins on the Rise with Grayscale News

Dr. Mehmet Oz clarified the words ‘Breakfast should be banned’