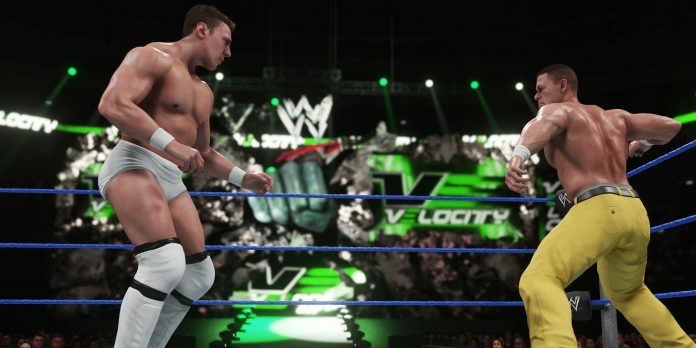 The question of excluding video games from the list of digital playgrounds after several years of availability is hardly new and surprising, but the latest batch of exceptions comes from 2K, a company that supports an extremely wide range of sports games from a variety of niches. In particular, it seems that almost all outdated WWE 2K games are now gone from Steam.

It is worth noting that 2K Sports does not seem to have announced the exclusion from the list of old WWE 2K games. Instead, a franchise fan and Reddit user Popstasia noticed the event and took to social media to let people know what was going on. At the moment, there are only two officially licensed WWE games left on Steam, and players who may have wanted to purchase an older version of the series cannot do so.

According to the findings of Popstasia, WWE fans who may have hoped to compare WWE 2K22 with the previous installments of the series can no longer do so. Currently, 2K Sports seems to have left only WWE 2K22 and WWE 2K Battlegrounds freely available after excluding all other previously available WWE 2K games. Of course, players who previously owned items excluded from the list still have access to them: currently, new players simply cannot do everything possible to buy them in any official capacity.

None of the WWE 2K games are available for purchase on Steam anymore, except for WWE 2K22 and WWE 2K Battlegrounds from pcgaming.

While it may seem strange that even newer episodes of the series, such as WWE 2K21 and WWE 2K20, will be removed, this situation is not unprecedented in the industry. Earlier this year, Bandai Namco dropped Fast and Furious: Crossroads from the list just a few months after widespread availability. Instead, the unprecedented part is due to the fact that 2K Sports did not warn that this would happen, which also means that the company was unable to explain why it excluded these games from the list at all.

Reasoning, however, is not entirely impossible to deduce. It is highly likely that the 2K Sports license agreement for the previous franchise games has expired, and the publisher had no incentive to renew them in any meaningful capacity. With the release of WWE 2K23 in the foreseeable future, the company is likely to focus on its latest endeavors.

Exclusion from the list of video games related to licensing can lead to rather awkward situations for all participants. For example, none of the games of the well-known Forza Motorsport series are currently available for purchase in any form or in any form after Forza Motorsport 7 was removed from the list in 2021. Instead, fans are forced to wait for the next entry in the series, and something similar seems to be happening with WWE 2K.