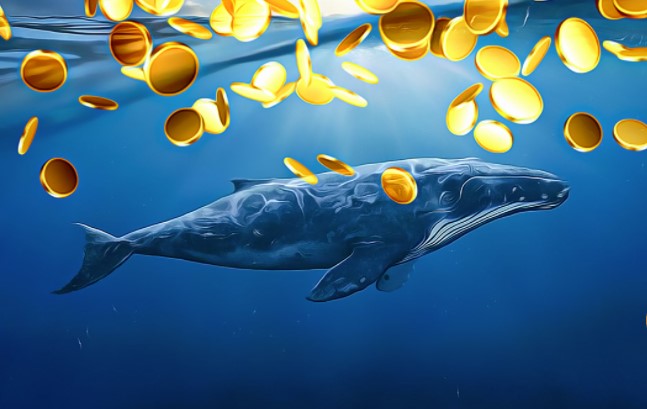 According to the latest analytical data from crypto tracking bot Whale Alert, 285.9 million XRP was transferred in the past day by Ripple, some ODL platforms and major South Korea-based cryptocurrency exchanges.

According to Whale Alert, which monitors large transfer transactions of various cryptocurrencies, 6 major transfers have taken place in the last seven hours, with a total of just over 200 million XRP transferred in these transactions.

According to Whale Alert, the leading South Korean exchange among domestic wallets carried by Bithumb, the largest transfer performed. Whale Alert reported that the size of the transfer was 100 million XRP.

Also, Ripple, a DLT service provider from San Francisco, and some ODL platforms were involved in many of these transactions.

So much so that a total of 20 million XRP was transferred from Ripple’s wallet RL18-VN to the Philippines-based Coins.ph cryptocurrency exchange. Prior to this transfer, Ripple sent these funds to the aforementioned wallet, which is often used to send crypto beyond the company, to ODL platforms, exchanges or financial institutions.

One of the transfers was made between the US-based stock exchange Bittrex and the EU-based Bitstamp. Popular cryptocurrency exchange Bittrex has transferred 20 million XRP to the Bitstamp exchange.

Among the transfers caught by Whake Alert are South Korean crypto exchange Coinone and FTX.

While a total of 286 million XRP was transferred in these 8 transfers, the total market value of the transfer is equal to 231,757,792 dollars. At the time of writing, Ripple’s native asset, XRP, is changing hands at $0.8106, according to data from CoinGecko.

As the legal battle launched by the US Securities and Exchange regulator against Ripple Labs continues, Canadian crypto trading hub Bitbuy has announced that it plans to remove XRP/CAD and XRP/BTC pairs from its trading asset list.

The exchange received regulatory clearance to operate as a fully-registered seller earlier this month, and its representatives stated that they must comply with international regulatory rules regarding which crypto assets can be classified as securities.

However, according to a Bitbuy representative, if the regulatory environment changes later, XRP may be relisted on the cryptocurrency exchange.