Home Celebrity You should definitely see. BTS making a joke to Jin (VIDEO) 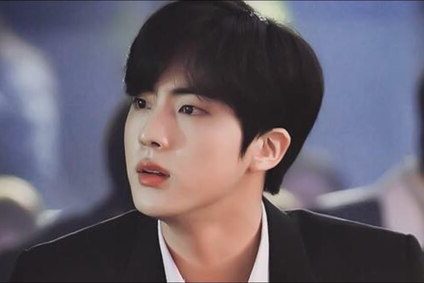 The boys do not hesitate to have fun and play jokes with each other.

BTS continues to reveal videos of its comeback, behind the scenes, the recording process, interviews and everything that happens in dressing rooms.

Recently, through their Bangtan TV channel they decided to share a fun video, because although they concentrate on giving their best in promotional presentations, they also take the time to update social networks and play jokes, especially when it comes from Jin.

The idol wanted to take advantage of the look he had for the “MOTS7” press conference, but his teammates wanted to turn the selfie into a group image, so they started hugging him and posing in his photos without letting him totally portray himself.

Jin kept trying, but the boys rushed to get back out next to him, even though he didn’t like his appearance because of the funny faces in the image, they insisted that he publish the photos.

The idol just wanted to share a beautiful selfie with the ARMY , but everything turned out better thanks to his joke and gave them a fun moment between everyone.

Kylie Jenner in cold with Anastasia Karanikolaou: she tackles her on...