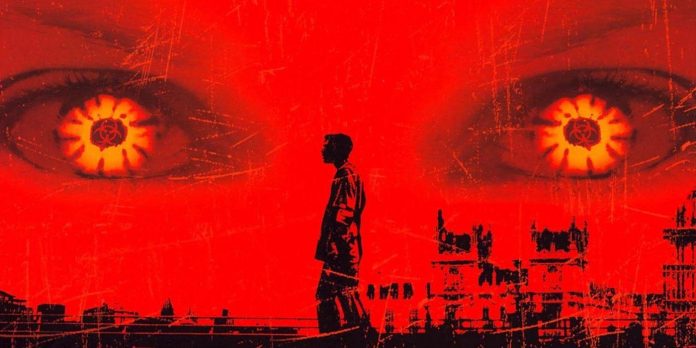 In the cult zombie movie called 28 days later, an aggressive virus called “Rage” ravages a London area right into a post-apocalyptic wasteland, and in a few selected stories of the comic continuation of the film, the idea of the virus turns out that it’s all about creating powerful super soldiers!

Briefly touched upon both in the graphic novel 28 Days Later: The Aftermath by Steve Niles and Dennis Calero, and in Boom! “28 Days Later #12” by Studios Studios, written by Michael Alan Nelson and Declan Shalvi, is a pair of comics exploring parts of the movie universe not shown on screen. Focusing on two different scientists with inside knowledge of the rage virus, both stories make discoveries concerning the earliest effects of this virus before it mutated into something much more deadly.

A deadly and mysterious virus believed to have spread through a lab animal rescued by activists, these comic stories delve into the origins of the rage virus while simultaneously painting a much clearer picture of what was happening behind the scenes at a time when the infected were literally tearing apart innocent civilians on the streets of London. The events taking place between the original film and its sequel, 28 weeks later, information pieced together from both stories lays out the woefully misguided intentions of a virus that ended up doing the exact opposite of what it was designed for.

In 28 Days Later: Aftermath, readers will learn that the virus was designed to affect the parts of the brain that control anger. It was originally supposed to be used to regulate “anger control issues” if it was changed correctly. Continuing to emphasize that it should be able to spread quickly and be easily introduced, it turned out that Rage was modeled after Ebola, a deadly virus from which few people who are infected with it survive. Then, in 28 Days Later #12, the US military states that they need samples of the virus to use it as a weapon, clearly showing that they want to perfect the strain as a “super soldier who can’t think, doesn’t cost anything”, directly hinting at the rage containment angle seen in 28 Days Later: Aftermath; something that clearly didn’t work as intended.

Although these explanations come from different creators, are not touched upon in any of the films and may seem mutually exclusive at first, there remains enough undisclosed information that, by connecting the dots a little, can be combined into one working theory. The films never give a definitive reason for the origin of the virus, everything that is offered in both comic book series tells readers that the rage virus was originally intended to be used as a weapon in such a way that it could be dropped on enemy fighters, forcing them to kill each other. in a furious frenzy, then basing the Rage on the Ebola virus to allow the new violent natures of these soldiers to spread faster and wider with maximum effect. Also, since an American scientist admitted that they wanted to perfect the virus to create a super soldier, the portrayal in this franchise of the military as a dangerous, inhuman force fits incredibly well with this super soldier viewpoint, making it a more legitimate view of Rage. A virus than most.

Thus, although the chances that the Rage Virus would ever produce a Captain America-level super soldier were initially negligible, this did not prevent the nefarious forces from trying. The zombie enemies from “28 Days Later” are far from what the virus intended, but at least the fans got a great movie and comic book series out of it!