Home Entertainment 273 accidents over the past year show the limits of Tesla’s autopilot... 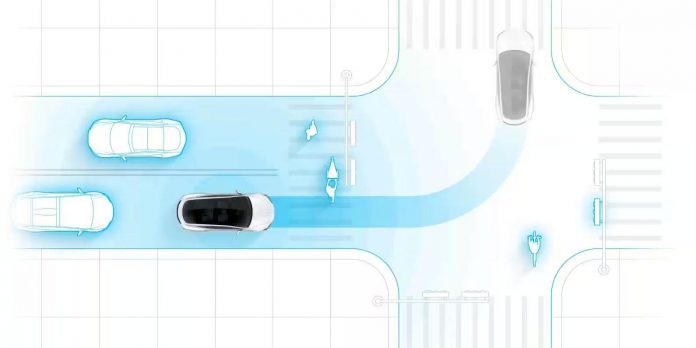 Tesla electric vehicles using an advanced driver assistance system have been reported in 273 accidents. However, a recent Cambridge Mobile Telematics study found that Tesla’s accident rate is lower than that of other cars. The study also showed that electric car drivers are more at risk than drivers of cars with internal combustion engines. Tesla’s own data also claimed that drivers using autopilot were less likely to have an accident. Considering that more than two million people are estimated to drive Tesla, 273 incidents may not seem that big, but it’s more than Tesla would like its consumers to know.

Tesla is often mentioned in the news because of reports of accidents. Last year, the Model Y had an accident when turning left. More serious this year was the case when the Model S jumped 50 feet, going down the hill too fast. The last accident was caused by a technical error, but some of these previous incidents are caused more by the driver’s recklessness. This type of technology is still under development, and while it may seem cool, some people just aren’t responsible enough to use it. There are also problems with the registration of emergency vehicles when using ADAS. It was reported that the Tesla crashed into police cars. However, Nvidia is trying to find a solution to this problem with the help of artificial intelligence.

On Wednesday, the National Highway Traffic Safety Administration released two reports: one for “advanced SAE Level 2 driver assistance systems” and the other for “SAE Level 3-5 automated driving systems.” In the future, the organization plans to publish these reports monthly. Reports show that Tesla has committed almost 70 percent of accidents. Since July last year, 392 incidents involving ADAS have been reported. Eight accidents occurred before June 2021. Six deaths were reported, five involved Tesla cars. There have also been 130 incidents with cars using ADS, but it is not specified which brands.

Last year, NHTSA ordered vehicles using ADAS or ADS to report any accidents within 24 hours. This was done in order to better understand the problems so that car companies could solve them. This is another attempt to help this and ensure transparency. NHTSA Administrator Dr. Stephen Cliff said, “The data released today is part of our commitment to transparency, accountability and public safety. New automotive technologies can help prevent accidents, reduce their severity and save lives, and the Department is interested in developing technologies that have proven effective; collecting this data is an important step in this direction.” It looks like last year’s order has already resulted in more data. In 2016, NHTSA reviewed 42 accidents in which driver assistance could have been involved. Thirty-five of them concerned Tesla cars. It shows what limited data the organization was working with at that time.

Tesla has proven that it does not like to admit mistakes, because it has a habit of waiting to announce a recall. Such transparency and accountability is good for consumers. It’s also good for Tesla’s technology. It’s clear that it’s still in beta, but with work, it could be what Elon Musk always imagined. It’s just not there yet. The more Tesla engineers learn about the problems causing these accidents, the easier it will be for them to fix them.