Home Movies 25 years later, Will Smith, Tommy Lee Jones and other actors of... 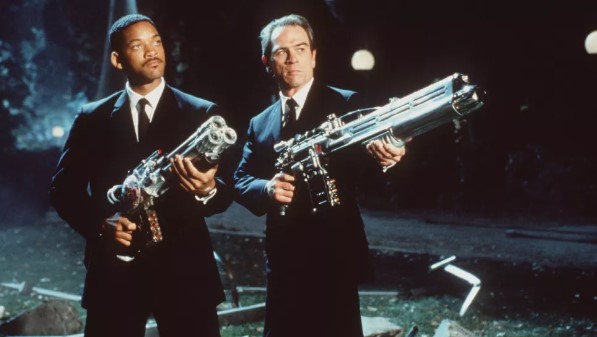 Here is the cast of “Men in Black” 25 years after the premiere.

In the entire history of great sci-fi films, is there anything in which otherworldly thrills are combined with high-flown comedy in a more perfect combination than “Men in Black”? The Marvel comic book adaptation directed by Barry Sonnenfeld and executive produced by Steven Spielberg includes such creative alien creature designs and hilarious cop buddy shenanigans that it’s still an eternal classic that can be revisited 25 years after it was first released.

The blockbuster also made excellent use of its main characters Tommy Lee Jones (featuring a dazzlingly deadpan performance as veteran Agent K) and Will Smith (including some of his Independence Day seriousness with his Fresh Prince of Beverly Hills silliness here as rookie Agent Jay). Celebrate this momentous year in the first (and perhaps best) part of the legacy of the Men in Black films by scrolling through this slideshow featuring the original cast (including the late, great Rip Torn) in some of their latest shots.

Ariana Grande from Wicked debuts a new blonde look for the...