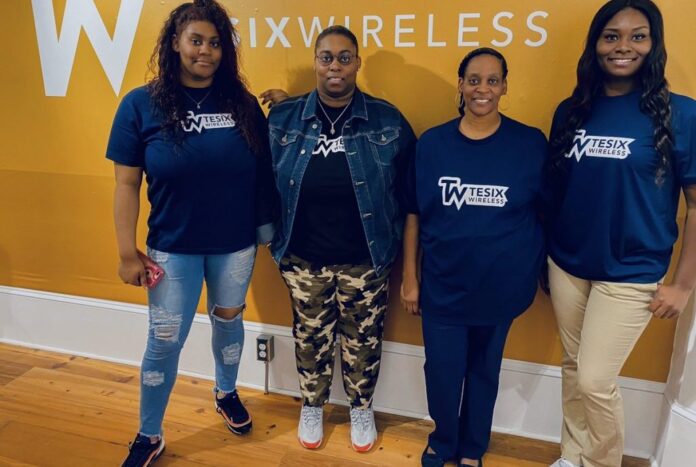 The telecommunications service provider Tesix Wireless Network, founded by Chaymeriyia Moncrief, an American technology entrepreneur, who is only 25 years old, in 2018, has reached over $ 10 million in just two years.

Chaymeriyia Moncrief, a 25-year-old female entrepreneur living in the US state of Alabama (Alabama), founded a telecommunications service provider company called Tesix Wireless Network in 2018. Moncrief, which achieved significant success in a short time, did not sell the company even though it received a bid of 4.4 million dollars at the beginning of the road.

Alabama-based company Tesix Wireless Network, which closed 2019 with a market value of over $ 10 million, is now focused on the smartphone and electronic products market. Moncrief, who has decided to become the first African American woman to develop his own smartphone model, has officially achieved this dream.

The company, which collects smartphones and other electronic devices under the NSPRE (Inspire) Electronics brand, officially began to produce the first phone NSPRE NX Pro after nearly two years of planning. The company has now unveiled the advanced version of NX Pro, the NX Pro Plus.

Only 300 smartphones are available for pre-order today with a price tag of $ 215.99. Explaining that deliveries will be limited to the USA, Africa, Canada and Mexico for now, the brand hopes to further expand its supply network in the future. NSPRE also announced that it will be launching two new consumer electronics products this fall.

So, what features does the limited edition NSPRE NX Pro Plus offer users? The smartphone, which has an extremely stylish design, comes with a 6.5-inch Full HD + screen that offers 1080×2340 resolution. Promising an impressive viewing experience with 91 percent screen / case ratio, NSPRE NX Pro Plus is home to a triple camera setup with Artificial Intelligence (AI) on the back.

The installation, which consists of a 16-megapixel main camera, 13-megapixel wide-angle lens and a 2-megapixel depth sensor, is one of the strengths of the NSPRE NX Pro Plus. Powered by the octa-core Unisoc SC9863 chipset, the smartphone comes with 6GB of RAM and 128GB of internal storage.

The NSPRE NX Pro Plus, which comes out of the box with the Android 10 operating system, is powered by a 4,000mAh battery. The device, which has both face recognition and fingerprint technology, will deliver to customers using the pre-order option on August 30.