Home Tech 24-Minute Gameplay Video That Increases the Excitement from The Last of Us:... 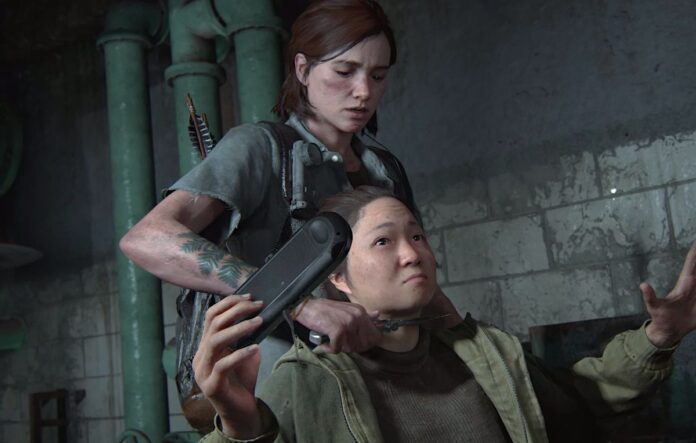 Sony shared an impressive gameplay video that doubled the excitement from The Last of Us: Part II as part of the State of Play event held yesterday. Approximately 10 minutes of the 23 and a half minute video consists of new images about the game.

We see that our protagonist in the game, Ellie, swims in an area controlled by the Washington Liberation Front (WLF) militants. Eliminating enemies by stealthily attacking them from behind, Ellie seems to have significantly improved her abilities compared to the first game in the series.

The Last of Us: Part II will be bloodier than ever

Adorned with much better graphics and effects, The Last of Us: Part II promises a complete gameplay experience with close combat and gun-tightening mechanics. The game, which seems to meet the expectations in terms of story, atmosphere and music, attracts attention with its increasing number of bloody scenes.

Although The Last of Us: Part II has received significant improvements, it basically gives the impression of being improved over the first game. The game makes it say “absolutely” with its new generation graphics, animations, gameplay mechanics and storyline.

The game will be released on June 19

Launched in 2013, The Last of Us was about twenty years after the onset of an epidemic, that is, 2033, that turned the world around and transformed the infected into creatures that attack humans within a few hours. The Last of Us became one of the best-selling PlayStation 3 games, selling over 1.3 million in its first week and more than 8 million in 14 months.

The version of The Last of Us Remastered for PlayStation 4 was first released in July 2014. In December 2016, the sequel, The Last of Us: Part II, was announced, but it has not been released in the past four years. The game, which was previously postponed twice, will take its place on the shelves on June 19, if there is no setback.

The Last of Us: Part II’s new gameplay video