Home Tech 21 cars that changed the world, changing the fate of cars due... 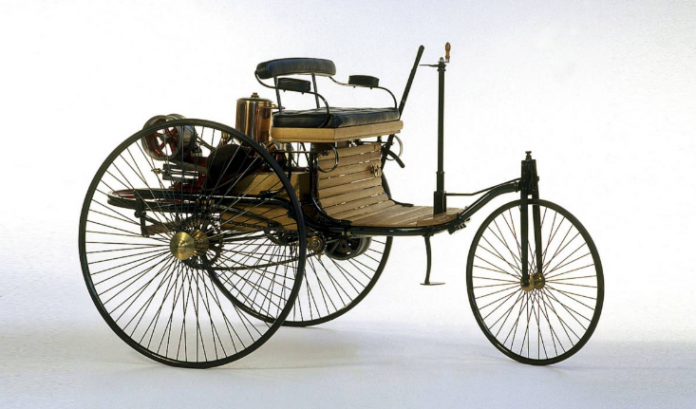 Despite the fact that the history of the automotive industry is full of great cars, some of them manage to stand out by the scale of the impact they have made. Let’s take a look at the cars that changed the world together.

When we look at the cars that fill the streets today and the traffic jams in which we are stuck, it’s hard to believe that 130 years ago there was no such thing as a car. “I thought cars were the dominant genre on the planet,” Ford Prefect wrote from space in The Hitchhiker’s Guide to the Galaxy. There are enough machines to normalize his utterance.

Of course, both the world and cars have changed a lot since the first car. Some models managed to become pioneers of these changes, they became vehicles that brought important breakthroughs to the masses. The cars on our list were also selected based on their influence.

In 1885, Karl Benz built a horseless carriage, and his wife Bertha did it for the first time so that they could go down in history together. The model, which with a 0.9 hp engine can reach speeds of up to 16 kilometers per hour, is also the first model of a car in a certain sense.

Ford Model T, created so that everyone can get in the car

In 1908, Henry Ford spoke out against the luxury of cars and advocated cars that anyone could buy, relatively affordable, mass-produced and sold. To this end, he begins to produce the iconic model T. At some point, every second car in the US became a Model T.

Vauxhall Prince Henry, who created the concept of traveling for the sake of wandering

The purpose of this 1911 car was entertainment, not transportation. Its speed could reach 105 kilometers per hour. He was much faster than his rivals of that time. So in a sense, it was the first sports car in history.

Ford Model A, where drivers are treated like people

Ford Model A was the result of the struggle of the American company with Chevrolet. In addition to its sales success, it also attracted attention as the first successful model with fully enclosed front, top, left and right sides.

Produced by Adolf Hitler — the most hated dictator in history — on the orders of Ferdinand Porsche, the Volkswagen Beetle has become, perhaps, one of the most beloved and sympathetic cars in the world and has become legendary.

Jaguar originally developed this car just to introduce its new 3.4-liter XR engine, but when it was introduced, the car made a splash. The fact that such a model went on sale at an affordable price in England, which had just healed the wounds of the Second World War and where food was distributed by cards, not only created a great event, but also strengthened the position of the island country. a place among the important centers of the automotive industry.

Mercedes-Benz 300SL, a car out of time

The Mercedes-Benz model, transformed from this racing car and considered the first modern supercar, also managed to become a cult model thanks to the upward-opening doors with wings. The 300SL has won many races in its time.

A trabant showing the collapse of communism

The Trabant was a bad car and not very reliable. People had to wait in line for several years to get this cute car. The Trabant became a symbol of why the communist system did not work in East Germany; because BMWs, Mercedes and many other cars circulated in the west of the country.

Ferdinand Porsche, who designed the Bettle, placed the engine in this car at the back. The Porsche 911, using the same logic, has a much faster and more advanced engine, better aerodynamics and has been the first competitor to high-performance sports cars for many years.

The Mustang, a slightly modified version of the Ford Falcon model, attracted attention with its image, affordable design and disclosure of the Muscle Car concept and became one of the best-selling Ford models.

Okay, this is not the first SUV in history, but Land-Rover is the first car that is both off—road and loved by large families, and can be used in the city without any problems. As a result of this situation, the brand has achieved very high sales figures.

Although it seems that it is made of LEGO, the concept of a minivan appeared together with the Renault Eclipse. It was one of the first models that automakers, who strangely believed that rear passengers did not need windows before, turned away from these mistakes and became the most successful car of its time.

Toyota Prius arrives at the dawn of a new era

The Toyota Prius is certainly not one of the most attractive cars, and it doesn’t even have many above-average features. So what does this tool do in this list? The Prius is of great importance, as it is the first model that generally uses the engine systems known to us today as hybrids.

Translated from Korean, it means the first grain that fell on the construction site: Nissan Qashqai.

Nissan Qashqai, released as a car with a real price-quality ratio, is one of the models included in the list because of its “what it is”, and not because of its features. Because the Qashqai is the first crossover model as we know it. It’s also worth remembering that in a very short time, crossovers and SUVs have taken over the automotive industry.

If 15 years ago the name Tesla resembled only a scientist who was a rival of Edison, today it reminds us of Elon Musk’s electric car company. The Tesla Model S is not the first electric car in history, but it was she who forced people to switch to electric cars.

BMW 328, a car that BMW has created in a short time

This magnificent car, created by BMW just 7 years after the start of car production, not only won many championships, but also for many years was a pioneer in creating new models of the future. After the Second World War, it formed the basis of British Bristol cars.

The Jeep we see in every game and don’t know the name: Willys MB

The original 4×4 is really a car that played a role in changing the world. This model, which is used everywhere, from plastic sets of soldiers to war games, also played a big role in World War II and subsequently paved the way for Land Rover.

The mother of all designs today: Cisitalia 202

Pinin Farina, who designed this car in 1947, connected all the parts together and showed the design of the car with a single smooth surface. This design has had such an impact on the automotive industry that even today the same sketch is used in the design of cars.

The first car to receive the Compasso d’Oro (Golden Compass) award, one of the most prestigious awards in the field of industrial design, was the Fiat 500. Despite the fact that it is a small car, this model, combining many functions and a powerful engine in a small space, has also become a source of inspiration for many modern cars.

The Morris Mini Minor, produced by BMC, impressed almost all subsequent models, with the engine located at the front and allocating 80% of the floor area to passengers and cargo. So much so that it was named the second most influential car of the 20th century after the Ford Model T. Today we know this car as the Mini Cooper.

Citroen DS, a lecture on how to design cars

The Citoren DS, with its aerodynamics that were ahead of their time, unusual design and high standards of driving pleasure, became the winner of the races in various variants. The car in which such equipment as the hydropneumatic suspension and brake discs were standardized was the Citroen DS.

Analyst Announces: We Can See an Increase in Bitcoin This Week